One of the most visible historic factories in Cleveland may soon be in the hands of a developer that has a proven track record of restoring such buildings.

The former Westinghouse Electric and Manufacturing Co. at 1200 W. 58th St. near Gordon Square in the Detroit-Shoreway neighborhood is best known for its eight-story structure towering over the Westinghouse Curve of the West Shoreway (aka State Route 2) near Edgewater Park. Or, perhaps you recall the Black Widow interrogation scene from the 2012 Avengers movie that was filmed here.

On Jan. 22, a Certificate of Disclosure was filed with the city regarding Sustainable Community Associates’ purchase of the 3.62-acre property from Paramount-Breakwater Properties LLC, according to the city’s Division of Records. Certificates of Disclosure must be processed by the city prior to a property transfer taking effect. The certificate was processed Jan. 25.

Considering the sale hasn’t taken effect, Josh Rosen, one of three partners in Sustainable Community Associates with Naomi Sabel and Ben Ezinga, couldn’t comment on his company’s interest in the property.

“I am not at liberty at this juncture to discuss this or our involvement with this,” Rosen said. “As soon as I am able to, I would be delighted to reach out and discuss any and all of this.”

Because the transaction has yet to be recorded by the county, the sale amount isn’t known either. The Westinghouse plant was listed for sale as an industrial property at $6 million. However,?its land and structures were appraised for taxes in 2018 by the county at $1.18 million, up from $981,100 the year before.

Sustainable Community Associates has built new and renovated old structures for housing in Oberlin and Cleveland. Until recently, their Cleveland projects have been all been renovations of vacant light-industrial structures, including the Mueller Lofts in Asiatown (80,000 square feet) plus the Fairmount Creamery (100,000 square feet) and Wagner Awning in Tremont (88,000 square feet).

The latter will soon be complemented by a $20 million, new-construction project by Sustainable Community Associates on the other side of Scranton Avenue. The Tappan will feature 95 residential units and a corner bakery. Rosen says his firm is putting a lot of effort into attracting a retailer, the bakery, to this new-construction neighborhood development. 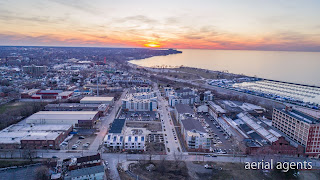 Redevelopment of the vacant Westinghouse property will be, by far, Sustainable Community Associates’ largest project to date. In total, the site contains 303,000 square feet of buildings, the oldest of which dates to 1882. The most notable is the eight-story, 122-foot-tall, 112,000-square-foot tower built in 1915. Until recently, it featured multi-story, lighted Christmas decorations, visible to motorists on the West Shoreway.

Presumably, the tower would be converted to residential because of its amazing views of Lake Erie, Edgewater Park, Wendy Park, Downtown Cleveland and the rapidly developing north end of the Detroit-Shoreway neighborhood. Hundreds of new apartments and townhomes have been built, are under construction or are planned nearby.

In fact 10.5 acres of the former Westinghouse property was sold five years ago to Cleveland-based NRP Group, one of the nation’s largest apartment developers. On that land, NRP Group built The Edison at Gordon Square, a 306-unit apartment complex. NRP plans to build phase two, a 323-unit complex on the south side of Breakwater Avenue and west of West 58th.

The Westinghouse plant’s tower could easily accommodate more than 100 residential units, depending on how the first floor is redeveloped. Its floor plates measure 14,000 square feet and the walls are 2 feet thick in some places. Skylights and/or walk-out sun decks could be offered thanks to a saw-toothed portion of the roof. A two-story penthouse could be added in a cupola-like structure on the rooftop.

How Sustainable Community Associates intends to develop the remaining 200,000 square feet of the Westinghouse complex will be interesting to see, too. If historic tax credits are used to fund the property’s redevelopment, there will be restrictions on how much of the site’s original architecture can be altered.

It is possible that some of it could become parking for tenants. But perhaps some could be used for offices, restaurants or even retail like a convenience store, considering how many people already live in the neighborhood and how many more housing units are planned. Perhaps there could be a community space such as an active sports center and/or indoor farmers market.

Walker lost the case. Court-ordered constraints on the firm’s activities led to its sale to Westinghouse for about $1 million in 1898. Westinghouse manufactured aluminum and brass castings at Walker’s plant but transitioned in the 1930s to become the headquarters of the Westinghouse Lighting Division. It produced lights for use in industry, at airports and along highways, including the 1939-built West Shoreway. More than 500 people were employed at this plant. It closed in 1979 and the Lighting Division was relocated to 5901 Breakwater Ave. from 1980-82, according to the Encyclopedia of Cleveland History.

In 1986, the plant was sold to the Kole family of Westlake, county records show. Peter Kole was president & CEO of Paramount Stamping, Welding & Wireforming Co. He was born in Pogradec, Albania in 1937 and came to America with his mother the following year. In 1978, Kole purchased a manufacturing company, Farco, located in Elyria and in 1981 moved the company to the Westinghouse plant where he started another company, Paramount, that manufactured steel automobile seat frames. He employed 300 people. Kole also was Honorary Consul Consulate of the Republic of Albania in Cleveland, according to a biography by his alma mater Idaho State University.

Kole sold off pieces of the 14-acre factory property to developers, with the remaining portion of the plant transferred in 2016 to a company Kole created — Paramount-Breakwater Properties LLC. That company was renamed on Jan. 7, 2019 as Paramount-Breakwater LLC, according to Ohio Secretary of State records. Presumably, the LLC, not the property, could be sold in an Entity Sale to reduce the transaction fees and property taxes on Sustainable Community Associates. 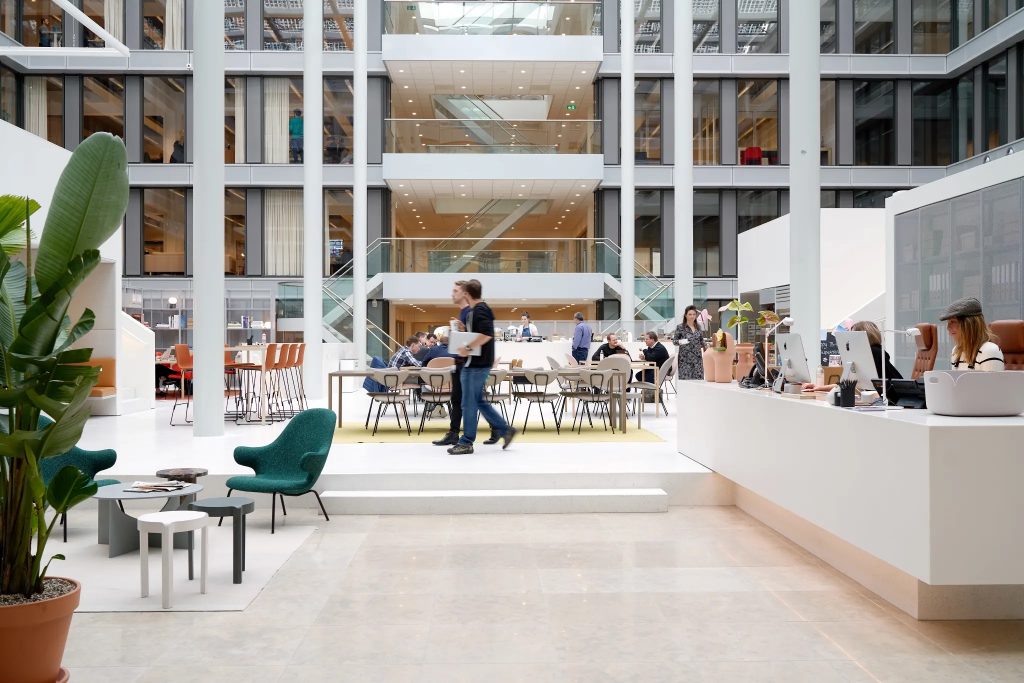 There's a mix of good and bad news coming out of the development team working on Sherwin-Williams' (SHW) new headquarters (HQ) in downtown Cleveland.…