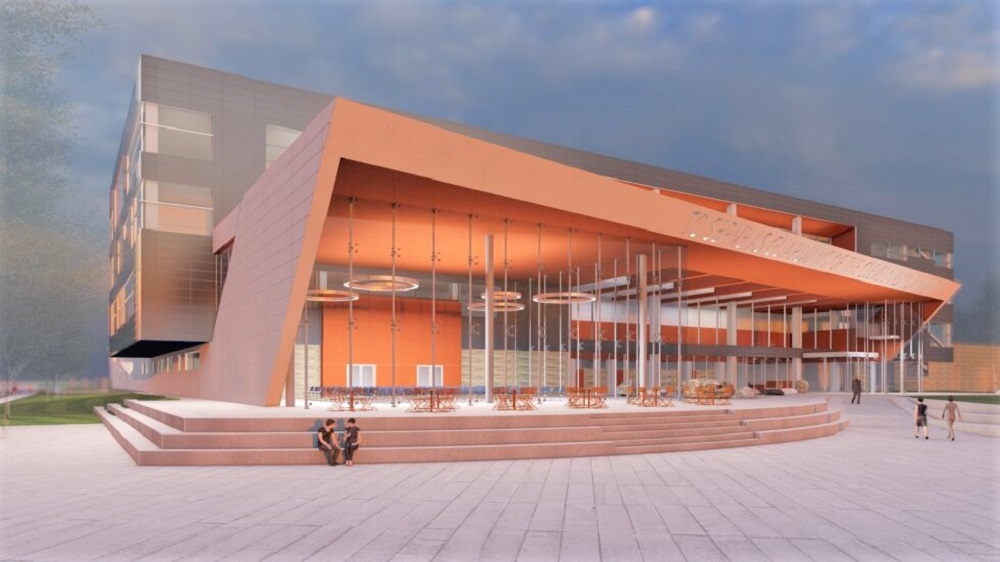 Architects designing the new $108 million Cleveland Police Department (CPD) headquarters have further refined the proposed plans including how the new office building would be placed on the site.
The CPD HQ is proposed to be built on 10 acres of city-owned land at the northwest corner of the new Opportunity Corridor Boulevard and East 75th Street. Proposed is a building that would have a significant glassy façade opening up toward East 75th rather than face the Opportunity Corridor.