Sources at two companies that do business with Stark Enterprises say that the $350 million nuCLEus development in downtown Cleveland isn’t going to be moving forward anytime soon.

However, according to one rumor, it appears that there may be differences of opinion between the city and Stark as to how helpful one has been to the other. Some of that was suggested by recent events.

On Aug. 15, and at the request of Ward 3 Councilman Kerry McCormack, the Downtown/Flats Design Review Committee tabled a request by B&B Wrecking Inc. to demolish a condemned, four-story building at 310 Prospect Ave.

B&B Wrecking is a Stark contractor. Stark owns the property and the structure, called the Herold Building, through an affiliate Herold Building LLC. The structure was built in 1900 and measures 15,720 square feet, according to Cuyahoga County records.

Stark and its nuCLEus partner, J-Dek Investments Ltd., own the neighboring 16-space parking lot property through a partnership Gateway Huron, LLC. Both properties would reportedly serve as a single staging area during the construction of nuCLEus.

The Herold Building is within a National Historic District and is a designated National Historical Landmark. The previous owner, Los-Angeles-based L&R Group of Companies,?tried to demolish?the Herold Building for a new but smaller building. It was rebuffed by the city. Stark pledged to refurbish the building when it bought the property in 2014. Since then, however, the building has only decayed further.

McCormack said he urged tabling the demolition request because neither Stark nor B&B Wrecking provided the city with a required plan for the property post-demolition. It should be noted that downtown buildings cannot be demolished for surface parking lots except in hardship cases, such as the building being declared unsafe or the owner not having the resources to develop it.

“The city is looking for a detailed plan,” McCormack said in an Aug. 19 interview. “I have not been briefed on what the plan is. In general, if you’re going to demolish a building, the last thing we need is a surface parking lot. I don’t know if that’s what they propose. We just want to see a plan.”

In an interview several weeks ago, following?an article?reporting that demolition for nuCLEus was scheduled to start in mid-August, Stark Enterprises’ Chief Operating Officer Ezra Stark declined comment about the possible demolitions that could also include a 418-space parking deck at 611 Huron and an historic building at 618 Prospect featuring Mr. Albert’s Men’s World clothier.

However, Stark said the reason why he declined comment on the demolitions was due to a delicate “political” matter. He offered no further details.

McCormack laughed when asked if he knew whether nuCLEus was still an active project or not.

“I don’t even know how to answer that question anymore — I hear it a lot,” said the councilman whose ward includes downtown. “My understanding is it’s still alive.”

Stark first announced nuCLEus five years ago, long before it or J-Dek had most of the financing in place to develop the project. That was when nuCLEus was planned to be a 54-story skyscraper.

The current plan for NuCLEus is that it would feature two 24-story towers atop a pedestal of retail and parking between Prospect Avenue and Huron Road at East 4th Street. One tower would feature 400,000 square feet of offices; the other 250 residential units.

While it was reported in late June that nuCLEus now has most of its financing in place, others in Cleveland real estate circles dispute this. Some believe that nuCLEus is far from finalizing its capital stack.

In yet another of the rumors surrounding nuCLEus, Stark apparently is redirecting capital resources — including Opportunity Zone program funds which have time constraints on their use — to projects in other cities including Pittsburgh.

“I think we have a solid economic development package” that’s been offered by the City of Cleveland, Cuyahoga County and the State of Ohio to aid nuCLEus, McCormack volunteered. 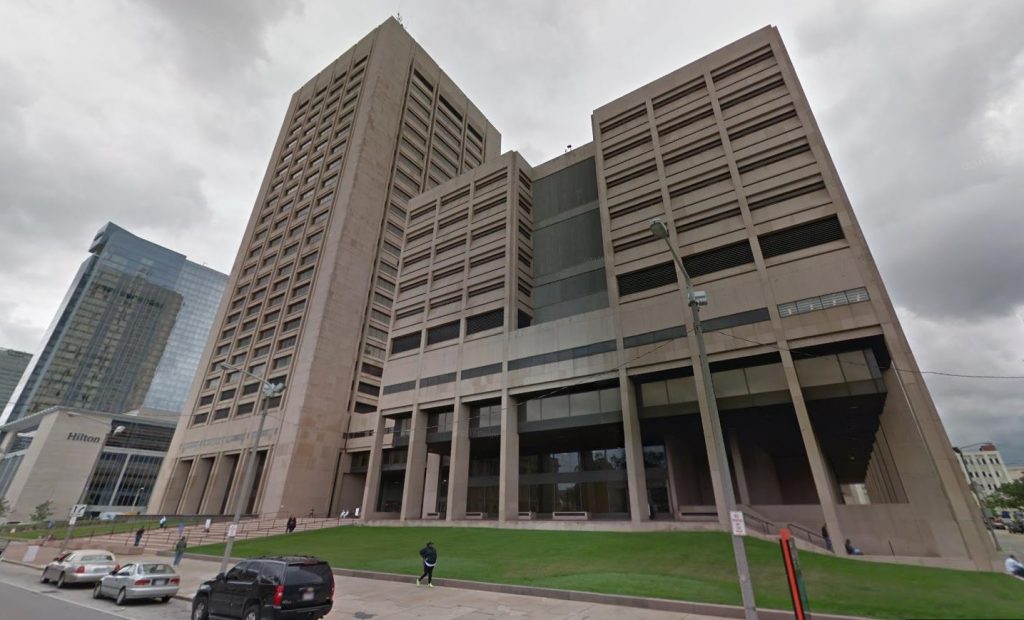 One of Greater Cleveland's largest real estate development projects is coming into focus. And no, it's not just the Sherwin-Williams headquarters and research facilities.…