Conceptual designs for a new 57-unit, market-rate apartment development in the Hough neighborhood were approved by the City of Cleveland’s Euclid Corridor Design Review Committee. It was the first design-review meeting held since the start of the coronavirus crisis two months ago.

This and the restart of City Planning Commission meetings, albeit virtually, are helping to ease the most significant pandemic-related barrier to new construction in Cleveland. Developers and their financiers, who are still able to access capital, say they continue to see strong interest in new housing to address a shortage of quality residential units in Cleveland.

Chester75, located on the northwest corner of its namesake streets Chester Avenue and East 75th Street, won near-unanimous approval April 30 from the city’s local design review committee. There were two abstentions. The meeting was not publicized in advance on the City Planning Commission’s Web site.

Developer of the project is the Famicos Foundation, a nonprofit community development corporation. Famicos solicited requests for proposals from three unidentified construction management firms. None has been selected yet, said Khrys Shefton, Famicos’ director of real estate development.

“This is attempting to drive development further into the neighborhoods,” Shefton said. “We call it a workforce building but it’s in support of further development in Hough that’s not so adjacent to the institutions in and near University Circle.”

Apartment rents are skyrocketing in fast-growing University Circle. A 2019 report by Rent.com showed University Circle led the way in Cleveland with a 44 percent increase in rents. There, a one-bedroom apartment’s rent now averages $1,853.

Rent pressures in University Circle spilled over into neighboring Hough, long a national symbol of urban decay, where average rents went up last year 7.74 percent to an average of $1,415 for a one-bedroom apartment, according to Rent.com.

“This building (Chester75) will be presented at an affordable price point with rents starting at $1,100 per month,” Shefton said, or $1.75 per square foot.

In conceptual plans, Chester75 is proposed to offer 11 studios, 37 one-bedroom units, three two-bedroom units, two live-work units, three townhouses and one “hoteling” unit. It will feature modern amenities such as Amazon delivery lockers, WiFi and lots of electrical outlets in each unit.

A key issue was offering a low price point without involving an income restriction that comes with public funding for affordable housing.

The principal financier of the project is AES Management Corp. and its President Vanessa Whiting, Shefton said. AES is the owner and operator of 15 Popeyes Louisiana Kitchen franchises in the Cleveland-Akron area. AES also supports local affordable housing developments.

Whiting’s son, Tony Smith II, is working collaboratively on the project, Shefton added. He is a former Famicos intern, now a development associate with First Interstate Properties which recently developed the luxury 20-story One University Circle apartment tower on Euclid Avenue at Stokes Boulevard. That firm is currently undertaking site preparations for a $20 million, 88-unit, mid-market apartment building up the hill from University Circle called 121 Larchmere.

University Circle has been growing at a rate of 1,000 new jobs per year since 2000. But the neighborhoods surrounding University Circle have poverty rates as high as 40 percent. Numerous Cleveland-area governmental entities, corporations, institutions and foundations have embraced a vision called the Greater University Circle Initiative to improve social conditions.

“The housing that surrounds University Circle is some of the least healthy in the city,” Shefton said. “We want to reverse that trend. And how is someone who is 25 years supposed to be introduced to Hough? We hope this building starts to help answer that question in a positive way.”

At a?public meeting last fall, nearby residents said they wanted townhomes built on the site, previously owned by JW Congregation Support Inc. of Ulster County, New York and used by the Cedar Congregation of Jehovah Witnesses. Famicos acquired the 0.84-acre site on May 10, 2019 from? for $300,000, according to a deed transfer filed a week later with the Cuyahoga County Recorder.

Cleveland Planning Director Freddie Collier reportedly told Famicos to not only look at the northwest corner of the Chester-East 75th intersection, but at all four corners. That’s where new townhouses are proposed to be developed.

“We’re reintroducing what was on the site,” she said. “In a conversations with the community, they want townhomes. But we saw this as an opportunity to introduce people to the neighborhood with rental.”

The reason for the rentals is because the largest generation in history — Millennials — is having a harder time in making the transition from renters to homeowners. This project and the future townhouses are intended to help address that, Shefton added. 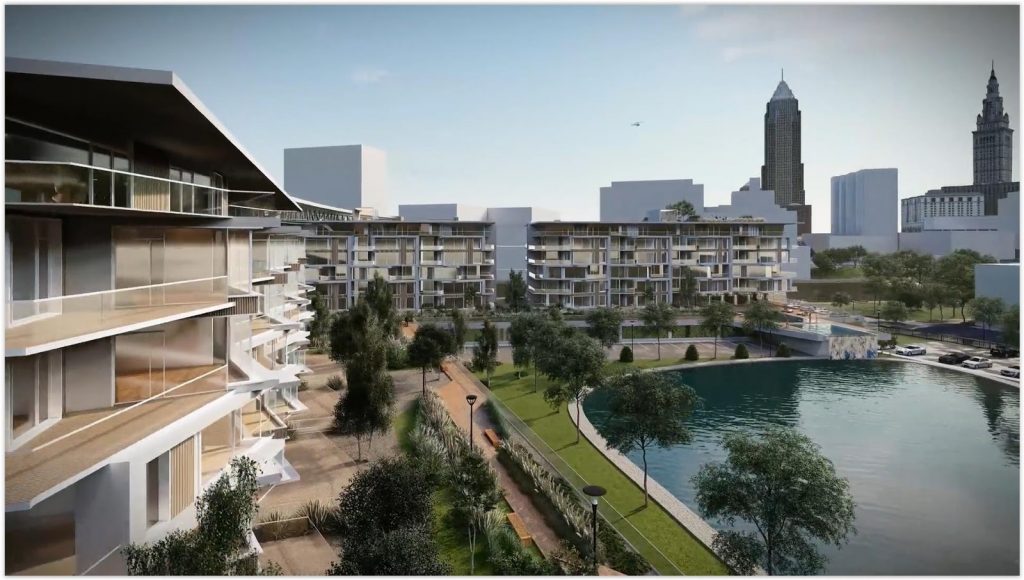 Legislation that would aid Ohio real estate megaprojects and create thousands of jobs could advance in the Ohio House of Representatives next month, according… 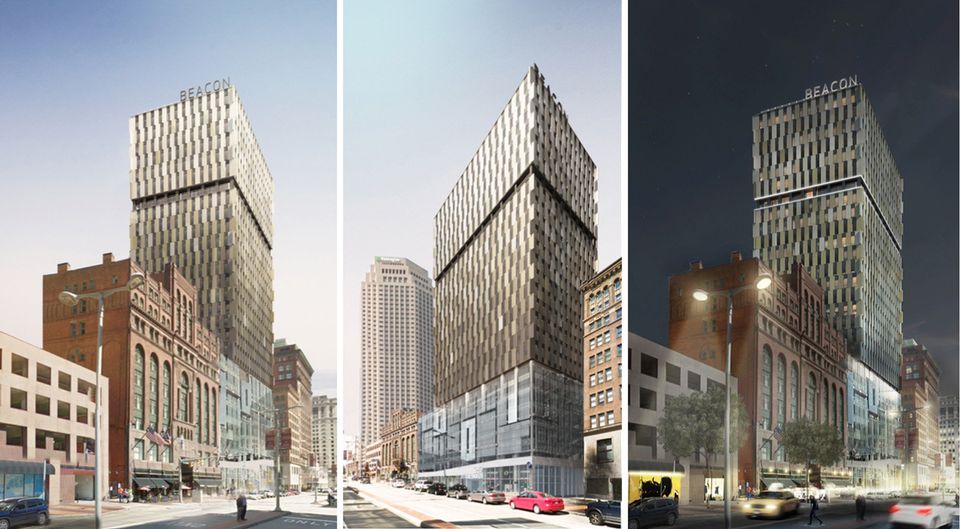 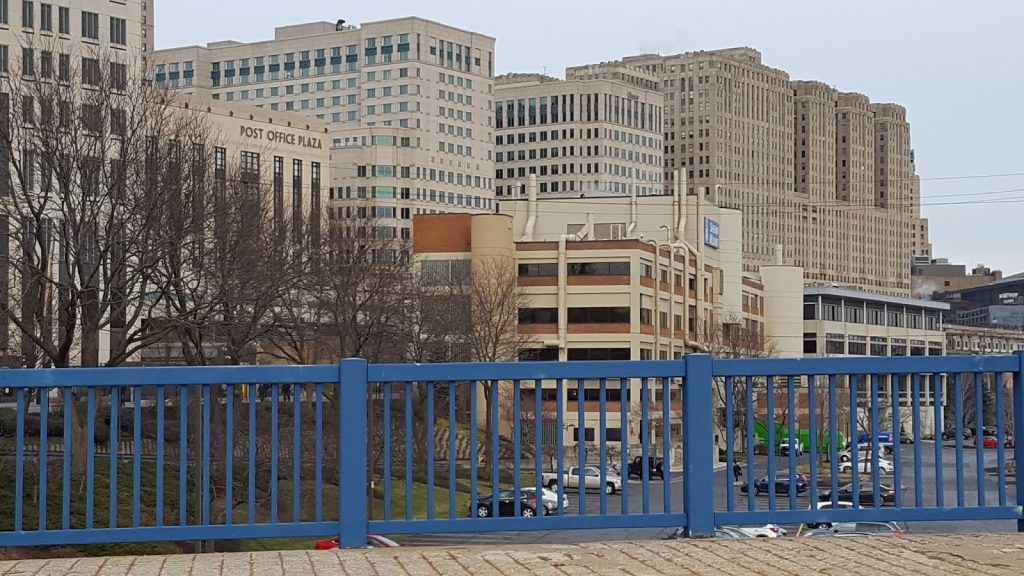