In 2020, as the practice of social distancing has dominated, a relatively new business is taking the opposite approach. COhatch, founded in Columbus in 2016, is creating a community-centric approach to co-working where people not only work together, but socialize, exercise, host events and support new business ideas with the help of local investors in the same location.

COhatch is designed to be a place to work, meet and live, and its vision is to replicate a “whole life” approach through aggressive expansion nationwide. The goal is to be in 500 locations in 50 communities in the U.S. by 2030.

The company currently has 11 locations, with seven in Greater Columbus, two in Greater Cincinnati and one each in Greater Dayton-Springfield and Greater Indianapolis. It plans 15-20 locations in Northeast Ohio, totaling 150,000 to 200,000 square feet according to its business plan.

“We plan to have upwards of 10 locations in the Greater Cleveland area but are still working through our definitive plans,” said Janet Brumfield, COhatch’s director of public relations and communications. 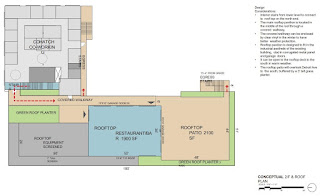 She said the company is pursuing locations primarily in walkable urban areas, usually involving the revitalization and restoration of buildings to honor their history and architecture. However, some of their existing sites are in shopping centers. None of COhatch’s locations so far are in downtown areas of major cities.

Their Northeast Ohio launch site was to be at the former Charming Charlie space at Legacy Village in Lyndhurst by the end of this year. But the emergency response to the coronavirus pandemic-forced shutdown of retail and lifestyle centers delayed those plans.

Instead, their new launch site will be at 2814 Detroit Ave., in the Hingetown section of Cleveland’s Ohio City neighborhood. It has a scheduled opening in the first quarter of 2021 but has yet to enter the design-review process, beginning with a possible vote on May 28 by the Franklin/Clinton Block Club of the project’s site plans.

The Hingetown location is proposed to be in the former Bounce nightclub that closed in November 2017. The property is currently owned by an affiliate of Cresco Real Estate, county records show. The two existing buildings totaling 14,713 square feet would be repurposed with about 8,000-square-feet of co-working spaces and two restaurants/bars. 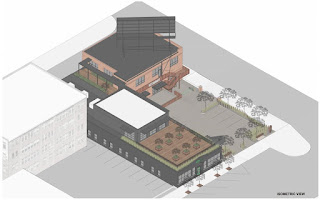 Additionally, COhatch’s preliminary plans show 12 proposed off-street parking spaces for cars and a rack for parking 12 bicycles. COhatch said it is developing a local leadership and investor team for its Cleveland-area locations.

“We are giving local residents another reason to work, meet, live in the vibrant communities that they love,” said Matt Davis, co-founder and CEO of COhatch in a written statement. “We see Cleveland as a perfect fit for our lifestyle concept that brings together entrepreneurs, start-ups, non-profits and large companies in a community townhall 2.0 concept where we provide the space, locations, tools and activities to help individuals and organizations flourish.”