That rhythmic sound you’re hearing again is a pulse after eight months of silence. It is coming from Substitute Senate Bill 39, also known as the Transformational Mixed Use Development (TMUD) tax credit, which could be passed by the Ohio General Assembly by the end of the year.

And it’s not just a pulse heard from the legislation, but from big real estate projects that would compete for tax credits following its passage. In Cleveland, those could include Stark Enterprises’ nuCLEus and Millennia Companies’ The Centennial, plus other potential redevelopments like the Westinghouse plant?or the Richman Brothers factory.

Sub. SB 39 is scheduled for a Nov. 18 vote to be referred out of the Ohio House of Representatives’ Economic and Workforce Development (E&WD) Committee for a possible floor vote by the full House soon thereafter.

It is the first action by the committee on the TMUD bill since March, before the pandemic hit. This new pulse is coming in the so-called lame-duck session — after the general election but before the end of the 133rd General Assembly, a two-year legislative session.

The bill could be passed in one of 13 House sessions scheduled including four tentative sessions, if needed, after Nov. 18 but before the end of the two-year assembly on Dec. 31. If the legislation isn’t acted on by the end of the calendar year, a TMUD tax credit bill would die for the second time.

But Rep. Mike Skindell (D-13) of Lakewood said that, barring any surprises, the amended legislation will probably pass the House again. He is a member of the E&WD Committee.

“It wouldn’t be up for a floor vote if the House leaders didn’t think they had the votes (to pass it),” said Skindell, who won re-election to his House seat Nov. 4.

The legislation has been amended several times since it was first introduced in the prior session in 2018. It was originally drafted by Cleveland law firm Thompson Hine LLP, working on behalf of Stark Enterprises, to aid its nuCLEus mixed-used development in downtown Cleveland.

The roughly $220+ million nuCLEus development offers a 25-story office tower atop a pedestal of retail and parking to be built on East 4th Street between Huron Road and Prospect Avenue. The project has twice been scaled back.

Ezra Stark, chief operating officer of Stark Enterprises, did not respond to an e-mail seeking comment for this article prior to publication. Valerie Jerome, director of marketing? and communications at The Millennia Companies, was unable to secure a comment from the firm’s development team prior to NEOtrans’ late-afternoon deadline Nov. 13.

If passed, Sub. SB 39 would encourage insurance companies to invest in Ohio real estate megaprojects by refunding to insurance companies up to 10 percent of their investments in TMUDs. The maximum credit for a TMUD would be $40 million. A total of $100 million worth of credits would be available in each state fiscal year ending June 30 in 2021 and 2022.

Within 10 miles of a major city, a TMUD refers to projects whose new or to-be-renovated connected buildings are at least 10 stories tall, measure at least 250,000 square feet and contain any combination of retail, office, residential, recreation, structured parking or similar uses. In less populated areas, smaller projects can be considered TMUDs.

The legislation’s sponsor is Sen. Kirk Schuring (R-29) of Canton. Skindell said he spoke with him on Nov. 13; Schuring said he was supportive of the House’s changes as long as no further changes were made. But in the lame-duck session, lawmakers often attach language from other bills to legislation that they know is likely to pass.

“If the bill stays the way it is, the Senate will accept it,” Skindell said.

If so, and if the Senate issues a statement of support during its session, then it is unlikely that differences in the Senate and House versions of the TMUD tax credit bill will need to be ironed out in a conference committee. In that case, the House version would go to Gov. Mike DeWine for his signature.

Backers say the credits are justified in this state and especially in Greater Cleveland which is the 15th-most expensive metro to build an office building but has the nation’s third-cheapest office rents, eclipsed only by Louisville and Albuquerque.

Skindell sought the addition of the $100 million cap on annual credit awards and the June 30, 2022 termination date of the TMUD tax credit program. He noted that, without the cap, the TMUD credits could incur as much as a $500 million hit to the state’s budget per year and continue indefinitely. Skindell was the committee’s lone vote Nov. 18 against referring the bill to the House floor.The TMUD bill would set aside 20 percent (or $20 million) of the tax credits available each year for projects in less populous areas. Specifically, the new provision specifies projects further than 10 miles from a major city that has a population larger than 100,000 people, according to an analysis and comparison of recently proposed versions of Sub. SB 39 by the Ohio Legislative Service Commission.

And in such areas, qualifying projects must have buildings only four stories in height with a total size of 75,000 square feet. The buildings do not have to be connected. That compares to 15 stories or 350,000 square feet of connected buildings for projects within 10 miles of a major city.

The previous version of the bill considered TMUDs to be those whose new or to-be-renovated connected buildings are at least 15 stories tall, measure at least 350,000 square feet and contain any combination of retail, office, residential, recreation, structured parking or similar uses.

The new rural set-aside would replace a provision in the bill’s previous version that would increase the existing historic renovation tax credit percentage from 25 to 35 percent for projects in rural areas. Thus, certain small-town new-construction developments, not just small-town renovation projects, would qualify for tax credits.

A new bill would have to be passed to continue the program beyond June 30, 2022.?Administration and issuance of TMUD tax credits would be overseen by the Ohio Tax Credit Authority rather than the state’s Director of Development Services, as previously proposed. 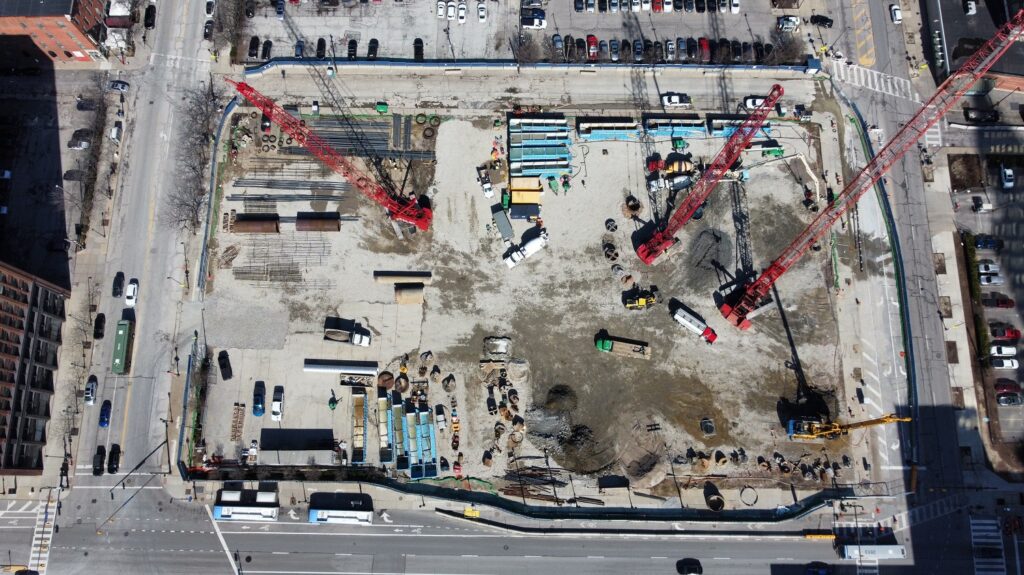 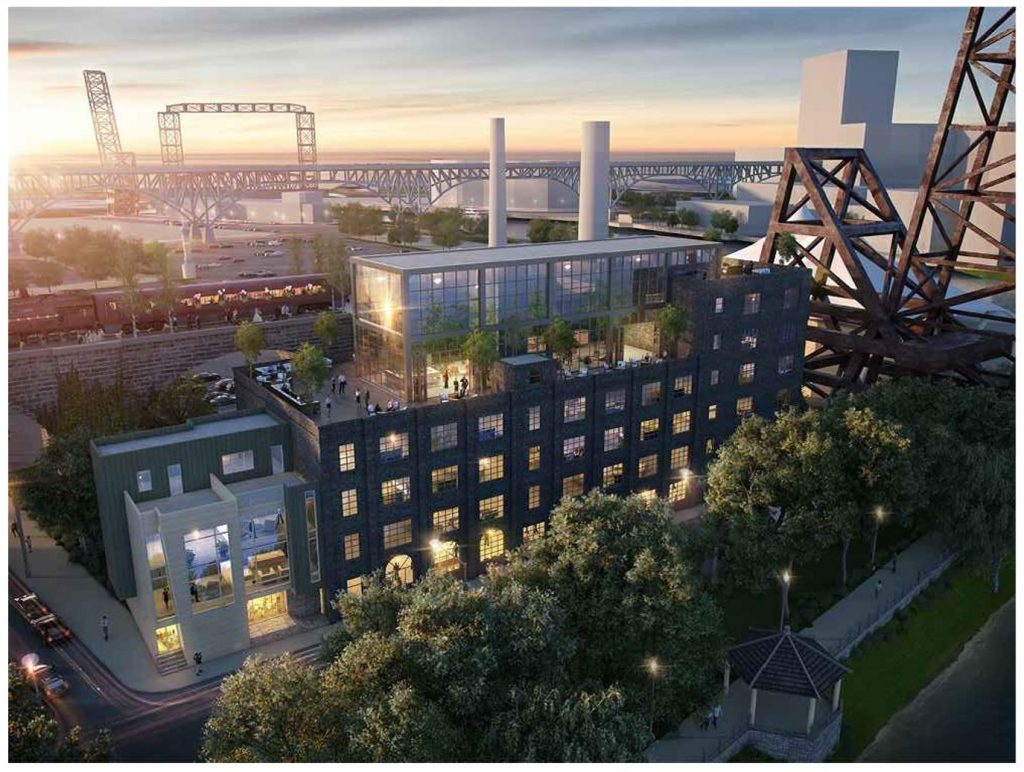 A new name has entered the mix for developing 1250 Riverbed St. on the Flats' West Bank. Joseph Shafran, Chairman/CEO of Paran Management Co.… 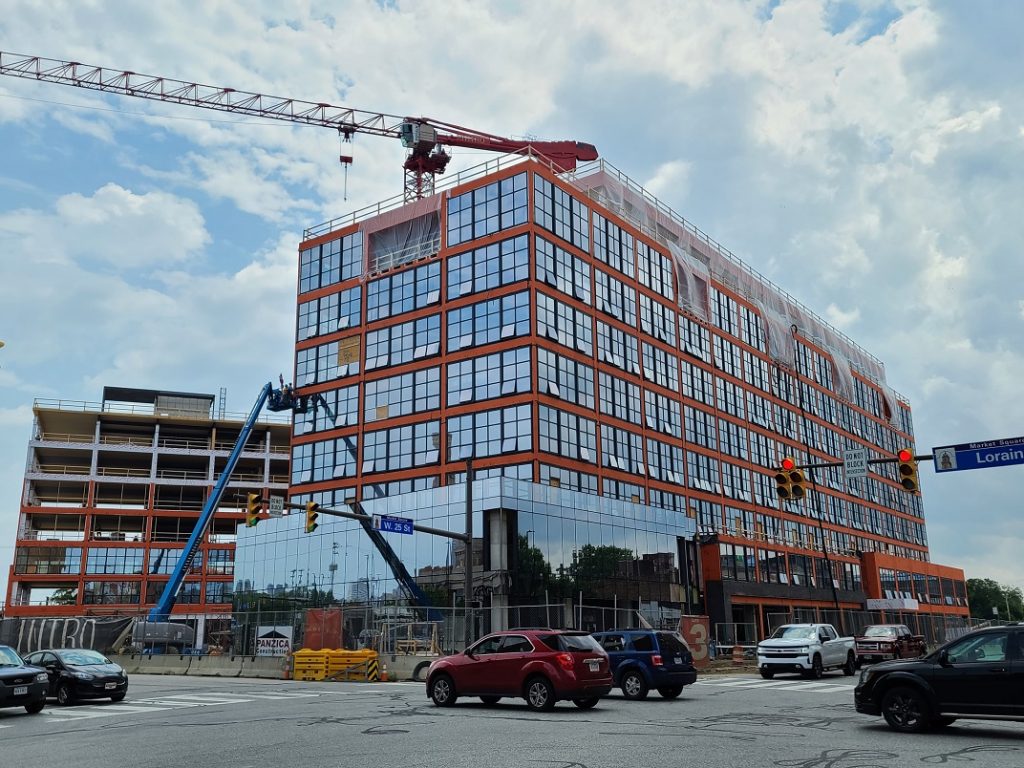 INTRO is just the beginning for Harbor Bay Real Estate Advisors in terms of their potential development activity in Cleveland.