Kalina House is proposed to help people transition to a new life after suffering the loss of limbs. Making that transition means finding new housing, learning how to move around, and be independent takes an enormous effort. Kalina House is the place where that journey will begin (AODK).
CLICK TO ENLARGE IMAGES

Cleveland’s City Planning Commission unanimously approved conceptual designs for a transitional housing facility for people who have recently lost limbs or the temporary or permanent use of their limbs. The facility, called Kalina House, is proposed to be located at 2055 E. 79th St., between Euclid and Carnegie avenues in Cleveland’s Fairfax neighborhood.

Although the proposed building is small, the need is huge, said project backer Mark Kalina, Jr. who lost both of his legs and a pinky in a train-pedestrian accident in Columbus in October 2012. His story is told here by MetroHealth Medical System where he works as a senior analyst in The Center for Health Resilience and helps others adjust to a new life of independence without the use of their limbs.

When Kalina sees people in the hospital who have recently lost their limbs, he sees himself from nearly a decade ago. He also sees their challenges ahead — independently living, moving about and working. Kalina realizes he was relatively lucky because he had a strong support group who helped him make the biggest adjustment of his life.

Located on the east side of East 79th Street, next to a CVS Pharmacy and between Euclid and Carnegie avenues, the Kalina House will be near major medical institutions including Cleveland Clinic, University Hospitals, St. Vincent Charity Hospital and MetroHealth Medical Center (AODK).

“Over the last six years we have been developing a housing project to address a gap between hospital and home,” Kalina told planning commission members on June 18. “Some individuals face tremendous obstacles in their recovery. This (new facility) is how we plan to fix that.”

Kalina House is proposed to have 19 accessible housing units in a roughly 15,000-square-foot, single-floor building with offices, lounge and rehabilitation spaces for physical and occupational therapy personnel and resident activities, said project architect Greg Ernst of AODK Architecture in Lakewood.

“The middle of the building has an outdoor courtyard to bring more light into the units and to give a place to go outside,” he said.

Just being around others recovering from a similar traumatic situation helps with one of the biggest challenges — a feeling of isolation and loneliness. Residents will be able to see and talk with others going through the same challenges they are and thus provide an all-important support group.

This conceptual site plan and associated renderings were unanimously approved by the City Planning Commission on June 18. Now, more detailed designs will be drawn and submitted to the city in the coming weeks (AODK).

“This is my neighborhood and it’s nice to see that the missing teeth are starting to be filled in and obviously, the commitment to be in Cleveland goes without saying,” said planning commission member August Fluker.

Kalina also started the Mark Kalina Jr. Foundation to offer a source of funding to help people acquire prosthetic limbs, wheelchairs and other costly necessities that help people return to some semblance of a normal life. So not only will those experiencing life-altering trauma have a place to stay while they learn how to cope, they will be given the physical and emotional tools to adjust.

Helping with the real estate aspects of building Kalina House is David Grunenwald, vice president of development at Jacobs Investments, Inc. Jacobs developed much of the Flats West Bank along the river, including the FirstEnergy Powerhouse and Nautica Stage.

“You can’t help but be inspired by a young fella whose life changes in a blink of an eye,” Grunenwald said of Kalina in a recent online interview. “But he wants to help others.”

Grunenwald of Hudson came to know Kalina, a Twinsburg native, through a neighbor who is related to Kalina. Together they toured potential properties located on the HealthLine bus rapid transit route and near Cleveland’s largest medical facilities.

“Sometimes you’re just drawn to an area that makes sense,” Grunenwald said. “That was true in this case. Eventually we came up with what I believe is a very good program, a very workable program. The facility works and it’s in a good location. The city has been cooperative, contributing land from the land bank.”

Another view of the Kalina House, looking northeasterly from East 79th Street. The goal is to make the new facility feel like a comfortable new home to patients who are trying to recover from life-altering trauma (AODK).

Grunenwald said the project received a financing commitment from an organization that wanted to be involved in “impactful real estate.” However he would not identify that organization.

“I had the easy part,” he added. “Real estate is easy. Building buildings is easy. Making it work, making it do what Mark wanted, making it feel like home, that’s the hard part. So we’re getting there.”

A more detailed level of drawings, called schematic design, will be presented to planning commission next. Any refinements will be added to the final design for the commission to approve, possibly by the end of summer. Construction could begin by the end of the year and be completed in a year or less. 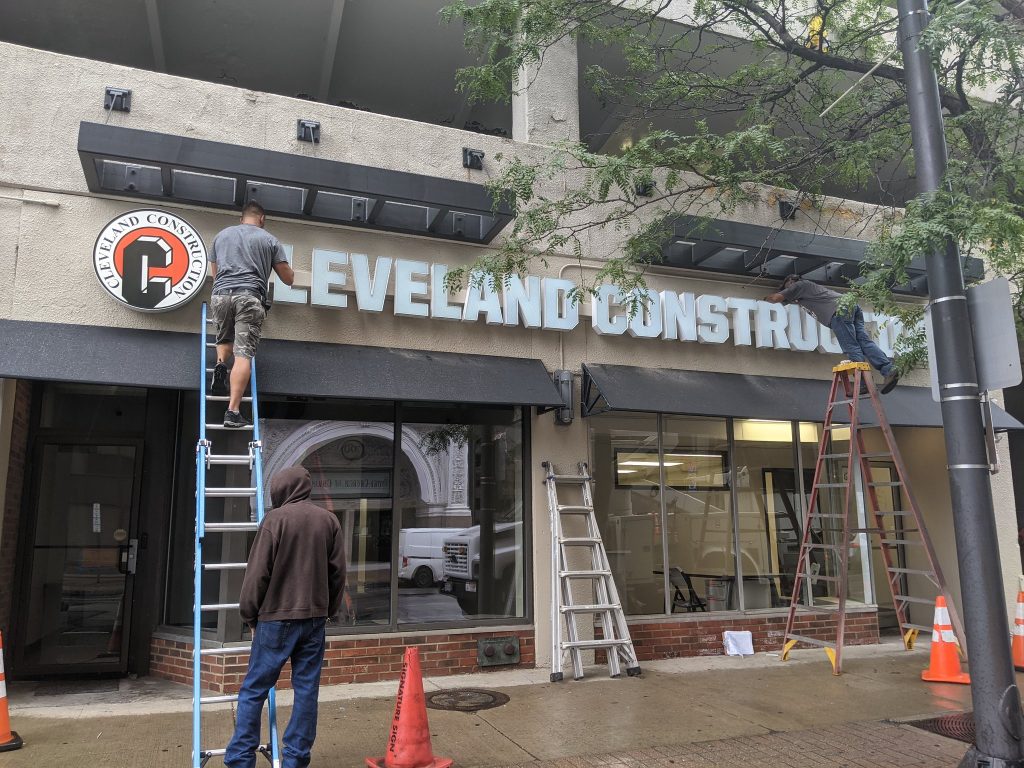 Cleveland Construction Inc. has established a permanent field office in downtown Cleveland -- a sign of good times ahead for downtown construction. 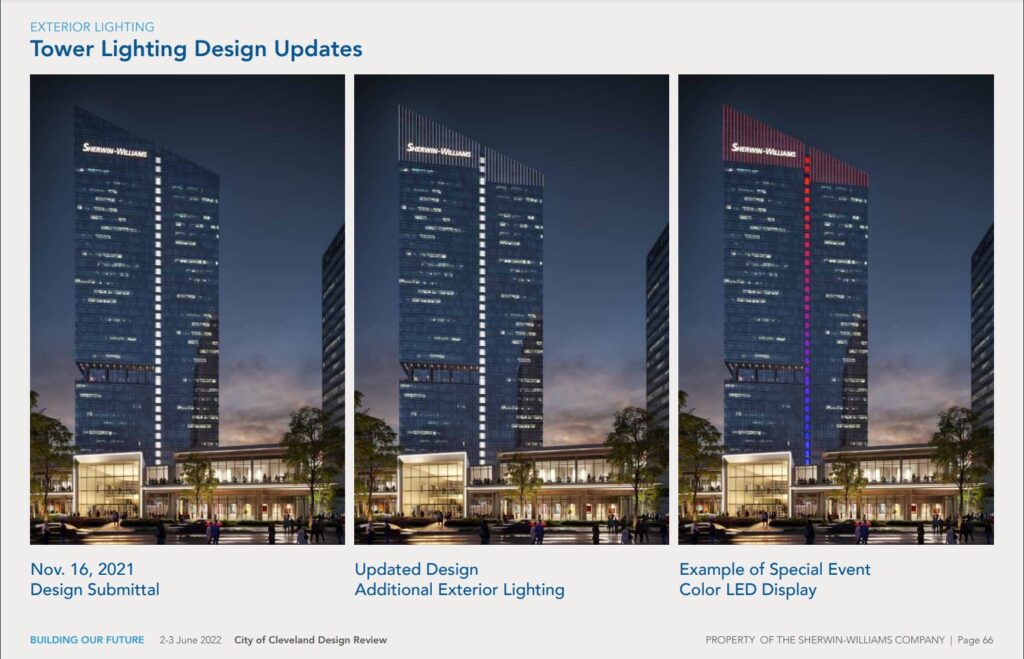