A splash of color is planned for West 25th Street south of Clark Avenue in the heart of Cleveland’s La Villa Hispana where a center of Hispanic culture, shopping and entrepreneurship is due to rise perhaps as early as this fall (RDL). CLICK IMAGES TO ENLARGE THEM

It has been years in the making, but things are finally starting to come together with CentroVilla25. Building permits were filed with the city last week for the start of construction that will turn a vacant warehouse at 3140 W. 25th St. into a center of Hispanic culture, shopping and entrepreneurship for Cleveland’s La Villa Hispana (Clark-Fulton) neighborhood. That follows City Planning Commission’s Design Review Committee giving the project schematic approval earlier this month — with two conditions.

Neither condition directly affected the pending structural renovations and conversion of the closed and vacant H.J. Weber Co.’s 31,500 square foot building or a proposed 12,500-square-foot addition. So the permit application was submitted in anticipation of the commission granting final approval, possibly in September. Total project cost is estimated at nearly $10 million but this permit seeks a portion of that, or $5 million worth of improvements. The application was also submitted to learn from the city’s Building Department if variances are needed from the Board of Zoning Appeal before a permit can be issued.

The project is facing at least one zoning appeal. A parking variance is likely to be needed based on a condition of approval made at the design review committee meetings. And that variance may not be forthcoming.

Both of the design review committee’s conditions involved the project’s relationship to West 25th Street. The project’s sponsor the Northeast Ohio Hispanic Center for Economic Development and its designer RDL Architects were urged to replace proposed white trim on the building’s street-side façade with a darker shade to hide the amount of dirt that is certain to be kicked up from the street over time.

Site plan for CentroVilla25 that was submitted to the city’s Building Department last week. It has the full-size parking lot at the corner of West 25th Street and Blatt Court. But that lot may be reduced by about six spaces to add a greenspace fronting West 25th to conform with the street’s pedestrian retail zoning overlay (RDL).

The other condition was considered by the Hispanic center to be more burdensome — to reduce the size of a parking lot on the south side of the site across Blatt Court so it is set back from West 25th. That would reduce parking for CentroVilla25 and area businesses from 83 spaces to 77. A small greenspace would replace the parking spaces while creating a second public space in addition to a planned plaza north of CentroVilla25. That was considered excessive by the center’s director.

“This project has been through a lot in trying to raise the necessary resources,” said Jenice Contreras, executive director of the Hispanic center. “It (the added greenspace) would have very limited use considering that we have a plaza to create greenspace. Asking us to create an additional greenspace is a little expensive on the project.”

Forcing the parking reduction is Pedestrian Retail Overlay (PRO) zoning applied to the frontage on both sides of West 25th, from the vicinity of Interstate 90 southward to MetroHealth Medical Center. The PRO causes the minimum number of parking spaces for retail uses to be reduced by 33 percent. And if that doesn’t cause a reduction in parking, the $40 million 25Connects plan to provide a bus rapid transit line on West 25th probably would, city officials said. But Contreras noted the 83 spaces of parking already exist.

“We do recognize that there is a PRO but this is currently a lot and it’s been used as a lot so our desire is to continue to keep it,” she said.

The southeast corner of CentroVilla25, at the intersection of West 25th Street and Blatt Court (RDL).

“I’m really excited about this project,” said City Planning Director Joyce Huang at the July 1 design review committee meeting. “I’ve been following it for a long time. I’m glad to see it moving forward. There is a PRO on that parking lot as discussed. The 25Connects plan also calls to reduce parking along West 25th Street. However, I’m ready to recommend this move forward with schematic approval on the condition that the applicant works with the (commission’s) staff on the PRO issue.”

Matt Moss, city planner for the Clark-Fulton neighborhood, said there is the possibility of creating a district parking lot for that area. District parking would be a shared lot for multiple business and other users in that area. One site considered for a district lot is a vacant, city-owned, 9,600-square-foot parcel right across the street from the site of where CentroVilla25 will be. However, Contreras expressed concern about the safety of patrons crossing busy West 25th.

The Hispanic center has led pre-development work on CentroVilla25 for about a half-dozen years and with the help from lots of different resources. The project got its first big break in 2019 with a $690,000 loan from the Cleveland Development Partnership II LP to acquire the 1.8-acre HJ Weber property. And Cleveland Development Advisors’ Community Reinvestment Fund Inc. provided an additional $280,000 loan to the Hispanic center to cover predevelopment costs necessary to finalize the various stages of project development in preparation for construction.

That funding helped the Hispanic center secure financing from multiple sources to bring the project to the design and construction stage. Plans show CentroVilla25 will offer 20 kiosk-style micro-retail spaces, or las tienditas in a setting called El Mercado. There will also be three storefronts, or las tiendas, an anchor restaurant, 3,000-square-foot commercial kitchen and office spaces on the first and second floors fronting West 25th. La Villa Hispana is the heart of Cleveland’s Hispanic community and its residents have long sought a physical community center that represents Hispanic culture through design and the use of a traditionally designed plaza, murals and bright colors.

The west side of CentroVilla25 showing the plaza at left which could become a community events and gathering place (RDL).

“A lot of these colors were inspired by Latino and Hispanic cultures,” said Luis Pupo, senior project manager at RDL Architects. “Different places such as Puerto Rico and Mexico, just any Central American country, you go to a lot of those cities you see a lot of vibrancy in a lot of downtown areas. So we wanted to bring some of that here knowing that this is historically a Latino neighborhood.”

Hispanic center representatives said that place-based cultural activities have proven successful in other parts of the Midwest, especially Chicago, and saw the former HJ Weber building on West 25th near Clark as an opportunity to build the Cleveland model around entrepreneurship. Historically, development has been top-down in Clark-Fulton. But the neighborhood underwent its first-ever master planning process with resident input in 2019, led by Ward 14 Councilwoman Jasmin Santana, the City of Cleveland, Metro West Community Development Organization, the Cleveland Foundation and MetroHealth System.

Clark-Fulton is a dense, predominately Hispanic/Latinx community. Census data shows it is home to 5,728 residents, many of whom moved there due to being displaced or priced out of other areas of the city. Nearly 44 percent of Clark-Fulton’s households live below the poverty line, as the median household income is $25,673. Approximately 26 percent of working-age residents are unemployed, according to the Census.

“Clark-Fulton has suffered from a lack of investment and disinvestment, including problems with absentee property owners, a lack of well-intentioned developers and a shortage of resources for homeowners and potential entrepreneurs,” a Cleveland Development Advisors 2020 report said. 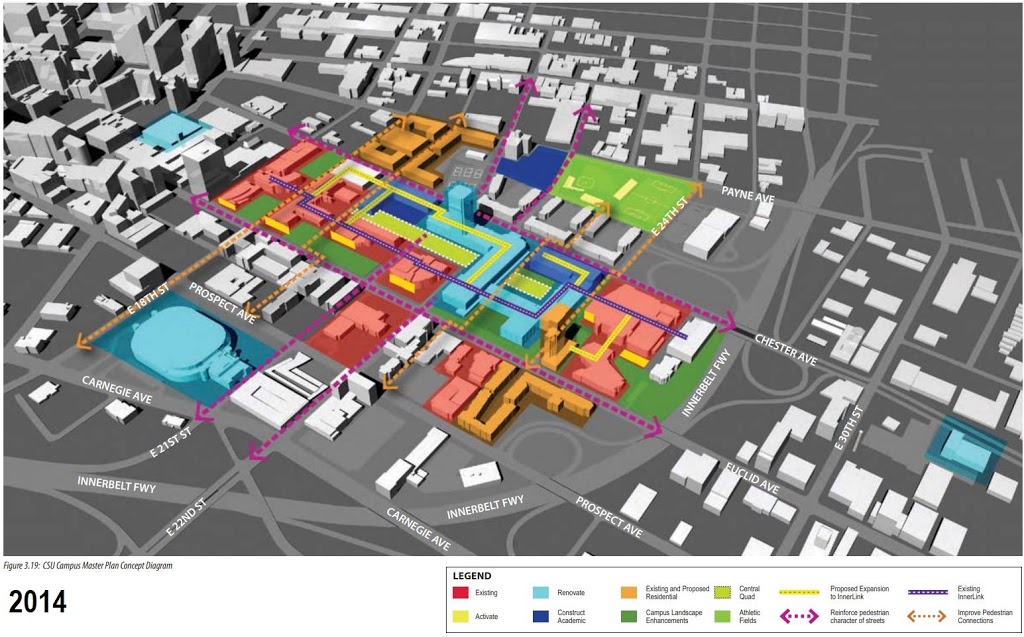 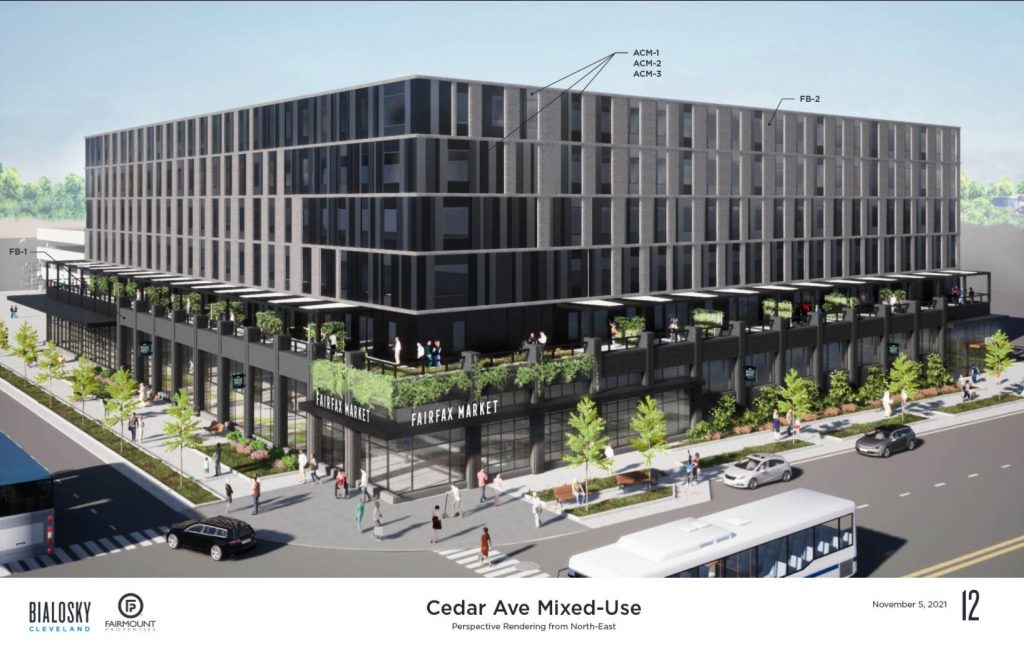 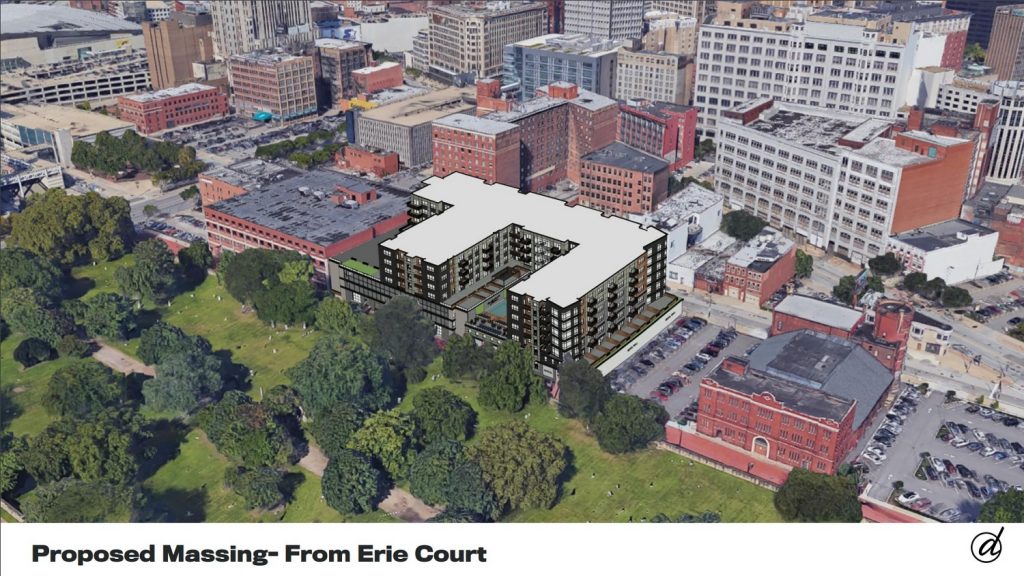