With just 35 minutes to go before an Aug. 13 meeting of the Ohio Air Quality Development Authority’s (OAQDA) board of trustees, representatives of Harbor Bay Real Estate Advisors thought their request for $150 million in 30-year bonds and a property tax exemption would be approved.

The bonds would finance most of the $200 million Market Square development, including a 10-story office building and seven-story apartment building, at Lorain Avenue and West 25th Street in Ohio City. The innovative project, using timber framing, would reduce emissions by 40 percent mostly from reduced heating and cooling, but also from avoiding the manufacture of steel and concrete.

All complained bitterly about lost future property taxes — taxes they would never get if Harbor Bay’s development, being undertaken under the name Ohio City Legacy LLC., didn’t win tax abatement.

OAQDA tabled Harbor Bay’s request (click here for a draft of Resolution 19-47), not only putting the $200 million investment by the Chicago-based company in jeopardy, but also several other nearby proposed developments that were triggered by the Market Square project.

Among those catalyzed are a housing conversion of the closing Voss Industries, a new-construction transit oriented development by Carnegie Management, a tax-increment financed renovation of the West 25th-Ohio City Red Line rail station, plus several developments along West 25th that have yet to be announced publicly.

Harbor Bay Project Director Dan Whalen noted that all of Market Square’s office and retail tenants will be new to Greater Cleveland, bringing more than 1,000 jobs and nearly $11.8 million per year in new sales and incomes taxes to the city and county. More than 300 residents would live across the street from the West Side Market, the Red Line station and new greenway trail.

And just like the city’s 15-year, 100 percent tax abatement which it routinely awards to similar developments, the state’s exemption wouldn’t apply to land — only to buildings.

That means the Market Square project would increase the value of the land which currently pays only $85,000 in property taxes. The new development would double that amount of property taxes to the school district and the Metroparks while tripling the property’s existing $17,000 contribution to the Ohio City’s Special Improvement District, Whalen said.

“We’re willing to be flexible on the duration of the tax exemption,” Whalen offered. “And this exemption eliminates the need for tax-increment financing which the city routinely gives to new construction projects of this size.”

Gordon and Zimmerman also offered to be flexible on the public financing, which Whalen said is necessary for Cleveland projects that cost as much as those in Chicago to build, but lack the high rents of Chicago.

“We are more than willing to work with all of the interested parties and believe it is important that the community as a whole be engaged in this discussion,” Gordon wrote in an Aug. 13 letter  to OAQDA.

Harbor Bay has an educational program called Project Classroom that uses skilled professionals to teach real estate development, design and construction while on the job. In Cleveland, Whalen says his company would partner with the school district, vocational schools and the union trade organizations to expand that program here. Each seemed excited at that prospect, he said.

Zimmerman said he was troubled not just by the duration of the tax exemption, but also by the lack of public notice of OAQDA’s Aug. 13 meeting agenda. Zimmerman said in an Aug. 13 e-mail to OAQDA that he was willing to accept a shorter bond and tax-exemption term of 20 years, or better yet, 10 years, with conditions including an annual audit of the project’s performance measures.

Rybka made no offers in his Aug. 13 letter to OAQDA. Instead, he flat-out told OAQDA to deny the financing request.

Worse, just hours after a meeting Tuesday (Aug. 27) between Cleveland city officials and the Harbor Bay development team, a cleveland.com reporter was tipped off to the proposed exemption and the city’s claims about the project, Whalen said.

That resulted in an article that was heavily slanted in favor of the city’s position. It lacked any information about the new taxes that the project would bring in, or that no new property tax would be generated if the project never happened. In fact, less tax revenue would result after a demolition of the retail plaza, already approved by the city.

“We’ve already invested $10 million on the project in terms of buying the property, architectural fees, getting City Planning Commission approvals and so on,” Whalen said on Aug. 19. “This (OAQDA) financing was the last piece. We have to commit in the next 30 days on whether to proceed. The project is 70 percent bid and we can hold those prices for only a limited time.”

OAQDA has already approved significant financing requests this summer, including $100 million in bonds for a southern Ohio utility development project by the Ohio Valley Electric Corp. and a $350 million bond issue and 30-year tax exemption for expansion of AMG Vanadium’s industrial recycling center in Muskingum County that would create 100 jobs. Harbor Bay’s project would create more than 1,000 jobs.

Ironically, the city seemed less concerned about “lost tax revenues” when it was willing to offer a 100 percent property tax abatement to the Market Square development before Harbor Bay investigated the state bonding opportunity. But apparently, city officials feel that only they should be allowed to abate tax revenues to the schools, Metroparks and others.

OAQDA could take up Harbor Bay’s request again at its next meeting, scheduled for Sept. 10. 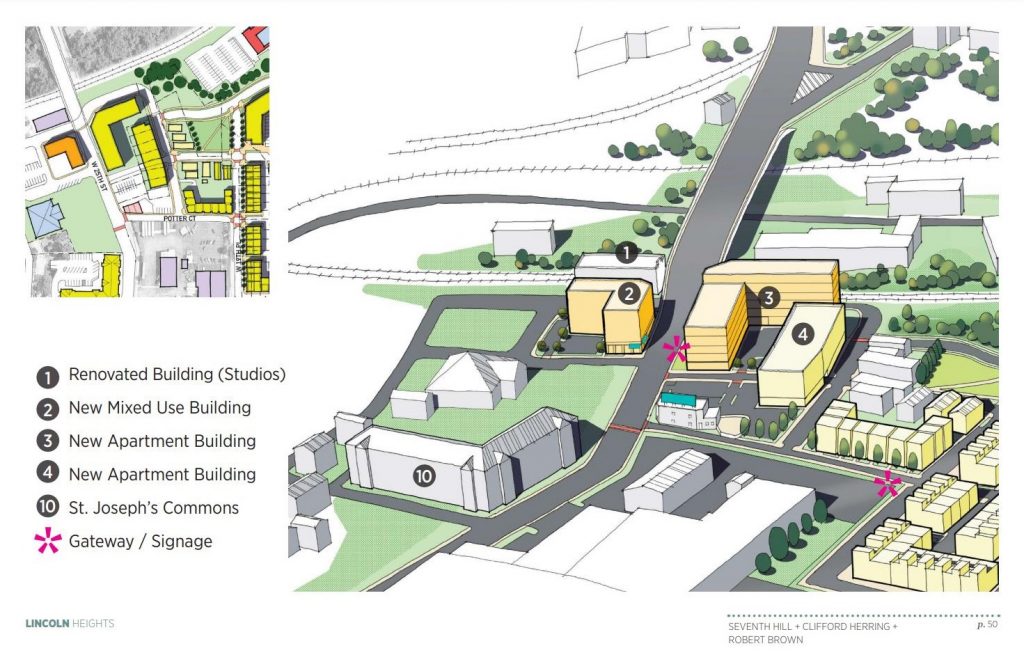