For those who like the idea of being able to take one train without transfers from Shaker Heights to the airport or possibly from University Circle to the Van Aken District, then a new challenge-turned-opportunity may be of interest.

The Greater Cleveland Regional Transit Authority (GCRTA) may replace its two aging rail fleets with a single type of rail car that can operate on any of GCRTA’s three rail lines. This is big news because GCRTA had been considering replacing its two old, yet separate rail fleets with two new and still-separate rail fleets, continuing an inefficient practice set into motion nearly 80 years ago.

A single, interoperable rail fleet also raises some intriguing possibilities if GCRTA ever gets into expansion mode again. More on that later. Those future possibilities, not just the efficiency aspects, are why a single rail fleet has been urged by advocacy groups like All Aboard Ohio for many years.

Currently, GCRTA uses two types of rail cars that are interoperable on only three miles of Greater Cleveland’s 39-mile rail system. One is a fleet of light-rail vehicles (LRV) made by the Breda Co. in 1980-81. These 34 cars operate on the Blue and Green lines between the downtown Waterfront and Shaker Heights. The first segments of this LRV system were built in 1913, modernized in the 1980s and expanded in 1996.

The other is a fleet of heavy-rail vehicles (HRV) made by Tokyu in 1984-85. These 40 cars operate on the Red Line between Hopkins International Airport, downtown Cleveland and Windermere in East Cleveland. This HRV route was first planned in the 1940s and opened in 1955.

All of GCRTA’s 52 rail stations and trains must be compliant with federal ADA standards which includes having station platform floors at or near the same level as the rail cars’ floors. This is called level boarding, requiring a vertical gap of no more than two inches. There must also be a minimal horizontal gap separating the train and platform that does not exceed four inches.

To rebuild all 52 stations to serve both high- and low-floor HRVs and LRVs and be ADA-compliant would cost hundreds of millions of dollars. Merely modifying just the 19 high-platform Red Line stations so they could accommodate a single type of rail car might cost $10+ million.

But as GCRTA and LTK representatives talked to rail car manufacturers to replace the HRVs (which LTK says the Tokyu-built cars are decaying more quickly than the Breda-built LRVs), GCRTA discovered a new challenge. HRV manufacturers today are building train cars that come in what’s called “married pairs.”

In other words, each HRV is really two shorter cars but semi-permanently connected to each other. To disconnect them requires partially disassembling them — a costly and time-consuming process needed each time one of dozens of rail cars goes in for inspections or maintenance. Together, the married pairs are longer than GCRTA trains and their entire Central Rail Maintenance Facility near East 55th Street, built in the early 1980s, was designed around GCRTA’s rail fleets.

Furthermore, any investment to modify the stations and allow the same trains to travel anywhere in the GCRTA rail system, directly benefitting transit riders. In contrast, any maintenance facility modifications won’t be personally seen by riders and thus can’t offer the kinds of direct benefits that enhance the transit-riding experience.

Michael Schipper, GCRTA’s deputy general manager of engineering & project management, said staff will prepare a briefing to the GCRTA board in late summer before it issues a request for proposals this fall to rail car manufacturers.

In it, staff will reportedly include an option of either acquiring HRVs and modifying Central Rail which could reduce its availability to the entire rail system for months. Or it could include acquiring standardized LRVs and modifying Red Line stations which could remove from service each half (west and east halves) of the line for weeks at a time.

The reason why the Red Line HRV stations would have to be modified and not the Blue/Green Line LRV stations is because the HRVs are nine inches wider than the LRVs and their floors are 14 inches higher than those in the tallest LRVs. It would be far more costly and disruptive to modify the Blue/Green Line stations. And, besides, the HRVs are decaying faster and must be replaced in five years or less, LTK says.

That gets a little more complicated at the four stations (West 117th, Cedar-University, Little Italy-University Circle and Superior) that are on or right next to bridges above streets. And it gets a lot complicated at the Airport station where the tracks are attached to concrete slabs. GCRTA may also want to modify Tower City station (its tracks are also attached to concrete slabs) to use platforms at the same height as the trains’ floors to expedite the loading and unloading of large crowds.

Replacing the entire rail fleet and making modifications to Red Line stations or to Central Rail will cost upwards of $240 million. GCRTA has $118 million committed thus far which is near to what GCRTA needs for placing an order for the new HRVs, Schipper said.

Benefits to GCRTA riders from a standardized fleet of rail cars could someday go beyond running Green Line trains from Green Road in Shaker Heights through to Hopkins Airport without an en route transfer.

Consider if GCRTA extended the under-used Waterfront Line around the east side of downtown, next to Playhouse Square, through Cleveland State University, St. Vincent Charity Hospital, Cuyahoga Community College and back to the Red/Blue/Green lines near the East 34th Street station.

It could also help promote the development of the northeast side of downtown above the lakefront bluffs, now just a collection of parking lots and low-scale commercial buildings. A tax-increment financing district along the rail corridor could help provide a non-federal construction share and/or help sustain the downtown rail loop’s operations. And best of all, trains from the Red, Blue and Green lines could all serve the downtown loop in clockwise and/or counter-clockwise directions.

One of the biggest shortcomings of GCRTA’s rail system is that it has only one dominant downtown station. Tower City is located on the western side of downtown. A downtown rail loop, as GCRTA proposed in 2000 and found feasible enough that it would warrant federal funding, would put all of downtown Cleveland within a 10-minute walk of a rail transit station.

Another shortcoming of the GCRTA rail system is that it doesn’t extend outward far enough. Rail extensions to Euclid and to Highland Hills/I-271 were recently studied and found to be promising (the Highland Hills extension was studied before the Van Aken District, Pinecrest and other developments were built). But GCRTA lacks the local and state funding to attract the necessary federal dollars.

Both of those extensions were assumed to involve trains operating to downtown and back only. But with a standardized rail fleet, LRVs could also operate between Highland Hills and Euclid via University Circle which is where many commuters from the eastern suburbs are bound.

These examples show not only the kind of operational flexibility that a single type of LRV fleet for the entire GCRTA rail system offers, but how it could foster greater access to jobs, station-area housing and economic development for Greater Cleveland. 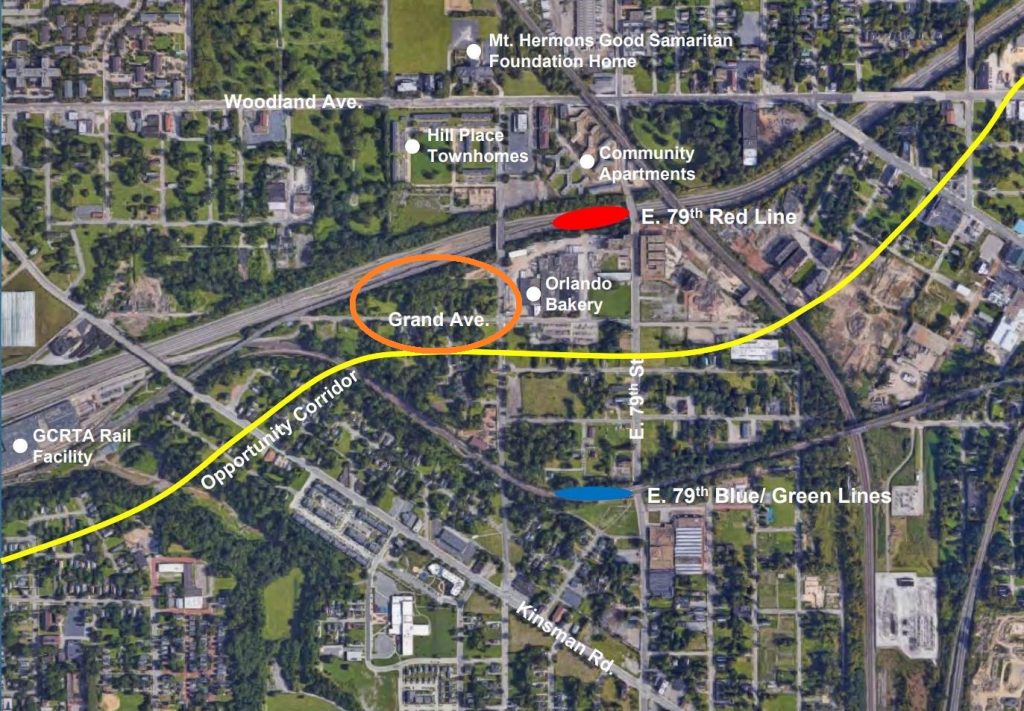 Starting in 2021, as many as 700 workers and hundreds of visitors will come each day to a newly built Cleveland Police Department (CPD)…

All signals are green for construction of a moderately-sized apartment building across the street from the Buckeye-Woodhill light-rail transit station in Cleveland. With financing… 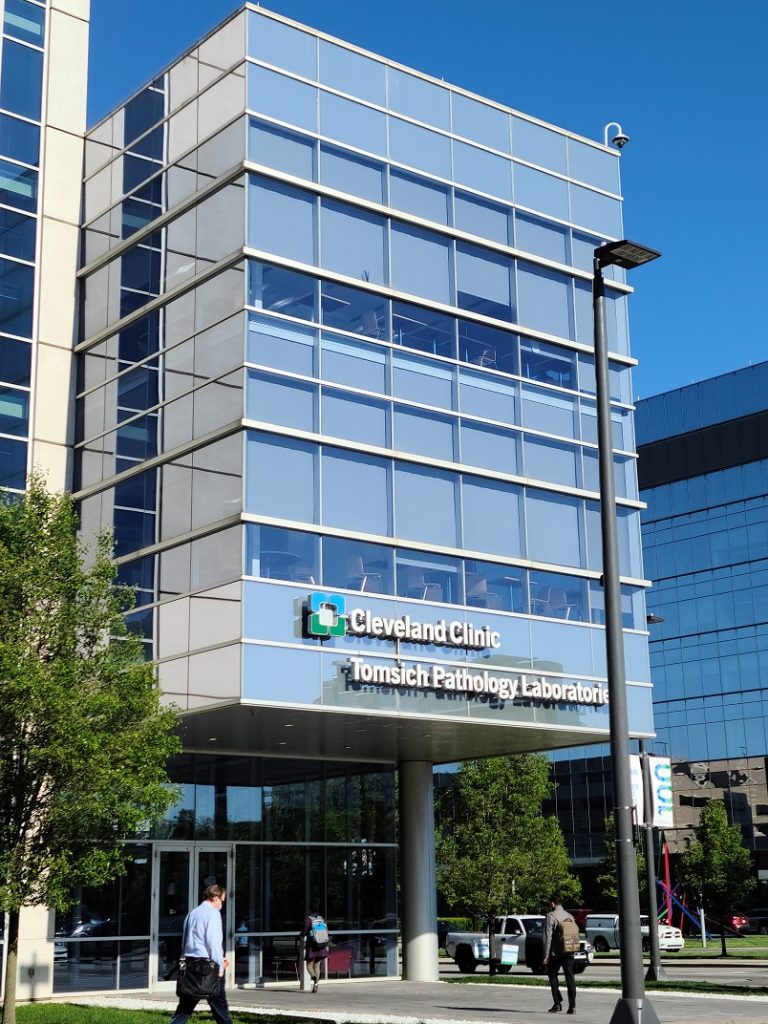 Earlier this year, state and local officials announced the launch of the Cleveland Innovation District and the availability of $565 million in public funds…