For six years, Stark Enterprises’ nuCLEus proposed development has always been about mixed use. But it is yet to be about construction. It could be about both if the uses were mixed in a single tower.

For its downtown Cleveland project in the Gateway District, it has proposed a mix of ground-floor retail, restaurants and entertainment topped by parking. Above that, the project has offered various layouts of offices, residential and hotel uses in several combinations — one tower, two towers and even two towers with a cantilevered bridge between them.

NEOtrans broke the news in April about Stark’s latest iteration of nuCLEus — a single, office-only tower over retail/parking. With this new, lower-cost version, Stark has pared away square footage for which it lacks pre-construction commitments. With that approach, prospects for building nuCLEus seemed better than ever.

Or so it seemed. But let’s first go back 20-30 years ago in Stark’s journey to the here and now.

Stark didn’t always love mixed use and sense of place like it does now. For the development firm’s founder Robert Stark, his love of mixed use and sense of place began in the 1990s when the developer of strip retail plazas expanded his Promenade shopping center in Westlake. It added a Borders book store with an adjoining outdoor cafe and event space.

Seeing people use it for everything from poetry readings to weddings, the light bulb went off in Stark’s head, Stark told me 20 years ago when I wrote for Sun Newspapers. His vision for the Westlake lifestyle center Crocker Park was cemented when he visited Mizner Park in Boca Raton, FL and saw the neo-traditional mixing of uses like old town centers with streets as public realms.

As Stark often says “it’s all about the experience.”

But one thing Stark hasn’t done in six years since the firm first announced nuCLEus between Huron Road, Prospect Avenue and East 4th Street is to start construction. It’s hard to experience something when it doesn’t get built.

Unlike many other builders who wait to see if they have the financing before announcing their projects with pretty graphics, Stark goes in the opposite direction. That leaves the firm open to scorn and even ridicule.

He laid out a grand plan in the 2000s when he tried to turn downtown’s Warehouse District into Pesht to complement downtown Cleveland’s Buda. But the Budapest metaphor was labored, his development bite was too big and all that we received of Stark’s Pesht was a cleaned-up, modernized Gilman Building to which Stark Enterprises moved its headquarters from suburban Woodmere.

Now, mention “nuCLEus” in the presence of other developers and you’ll invariably get a contemptuous facial reaction. You might even get a joke — e.g. “maybe he’ll build a Payless Shoe store or perhaps a couple of restaurants.”

That’s not entirely fair considering the paint is still fresh on Stark’s Beacon at 515 Euclid Ave. — the first new-construction high-rise apartment building downtown since The Park Center (today’s Reserve Square) was completed in 1973. After Stark opened the Beacon, more apartment towers have entered or are entering the downtown market — The Lumen, City Club and possibly another.

Timing is important. Interest rates are low. With the pandemic, spectators are prevented from using the Gateway stadiums, so few people are parking in the sea of surface lots on which nuCLEus would rise. The disruption of major construction to downtown is much less right now with many people still working remotely.

And, it appears that there is going to be a huge flurry of major construction projects in the next few years with the City Club Apartments, The Viaduct, Rockefeller Building renovation, Dream Hotel tower, major Cleveland Clinic projects, Circle Square and two whales — the Sherwin-Williams headquarters plus the new Justice Center courthouse/consolidated jail complexes.

It seems that now might be time to add a different block of apartments — within Stark’s already re-redesigned nuCLEus office tower.

Earlier this year, Stark removed from its nuCLEus masterplan a 24-story apartment tower, leaving just the 340,000-square-foot office tower over the retail/parking pedestal. The plan allows for a second tower to be added at a later date atop the pedestal, much like Beacon was added to the already existing 515 Euclid parking/retail pedestal.

While Stark has significant capital resources available to build the office tower, they’re not enough. The firm cannot hold a goundbreaking ceremony yet. Word is that Stark is having difficulty filling up enough of the offices to secure construction financing. The retail commitments are even less well known at this time.

Right now, it appears that Stark has about 200,000 square feet of commitments for the office tower between its own corporate offices and those of Benesch Friedlander Coplan & Aronoff LLP. The growing law firm reportedly wants 180,000 square feet of office space, but that was the number before the pandemic. It isn’t known if Benesch’s and Stark’s numbers have changed since.

Benesch’s lease at 200 Public Square runs out in the summer of 2022. It will take about two years to build nuCLEus. Benesch will reportedly go on a month-to-month lease at the end of its current lease if nuCLEus isn’t finished by summer 2022.

There were rumors that Benesch had inked a five-year lease extension to stay at 200 Public Square. But Julie Gurney, director of marketing and client development at Benesch informed NEOtrans in an e-mail that the law firm has not extended or renewed its lease. How long will Benesch continue to wait?

Stark Enterprises, which occupied the entire 18,290-square-foot Gilman Building at 1350 W. 3rd St., moved its corporate offices last year into 28,000 square feet at 629 Euclid Ave. Between it and Benesch, assuming there are no unannounced commitments, the nuCLEus office tower is roughly 55-60 percent pre-leased.

That’s not enough for Stark to start construction. Perhaps another 30,000 to 50,000 square feet of leasing commitments might do the trick to get shovels in the ground. We may be tempted to doubt whether that’s possible during the midst of a pandemic when companies are rethinking their office space needs and designs.

But it is possible. In just the past month, two fast-growing companies announced they are moving their offices from the suburbs to downtown. If Fathom and Goldwater Bank didn’t need to make a move ASAP, they could have filled more than 30,000 square feet of nuCLEus’ office tower. And that’s the rub — having Class A office space that’s readily available.

With leasable floor plates of 19,501 square feet (excluding the central elevator/stairwell core that includes public restrooms), that would allow enough space for about 20 apartments per floor, averaging 975 square feet per unit. If one floor at the bottom of the apartment block was designed with 40 micro units and another, at the top, with 10 lease-to-own penthouses, the six-story apartment block concept could offer 130 apartments. The smaller five-story concept could offer 110 apartments.

By adding apartments, Stark can also tap into public incentives that aren’t available to a commercial-only structure, namely tax abatement. It wouldn’t be available to the whole building but a partial inclusion would tip the numbers in favor of construction. To do so, the residential part of the building would have to be a separate parcel, including the three rooftop amenity spaces proposed on floors four, eight and 25 of this building.

One might ask if the slow residential market is forcing Stark to offer up to six months of free rent if people sign two-year leases at the Beacon, why would Stark add more residential inventory to the market? The reason is that the market for downtown living has a lot of growing left to do and any new building that starts construction today won’t hit the market until 2022.

If a mixed office-residential nuCLEus tower fills up quickly, then another might be contemplated atop the retail/parking podium, just east of the laneway Stark proposes through this development. It might even feature a boutique hotel as part of its mix of uses as the hospitality market will surely recover and evolve in a few years. Stark could also renovate and expand its condemned Herold Building, 310 Prospect Ave., with offices, boutique hotel or residential.

It’s likely that executives at Stark Enterprises have considered these angles and possibilities to move nuCLEus forward. It would be interesting to hear their views, but so far no one there is talking about them on or off the record. It’s not for want of trying. Chief Operating Officer Ezra Stark didn’t respond to an e-mail from NEOtrans seeking comment on these possibilities and requesting an update on the overall nuCLEus project.

Hopefully, this is Stark just being patient, knowing that there’s another office tenant or three out there somewhere, ready to sign a letter of intent (or better yet, a lease) to occupy nuCLEus in a couple of years. Perhaps that’s all about Stark’s experience.

After six years of waiting, some of us aren’t so patient about seeing a big parking lot linger on East 4th in downtown Cleveland. That’s all about our experience. 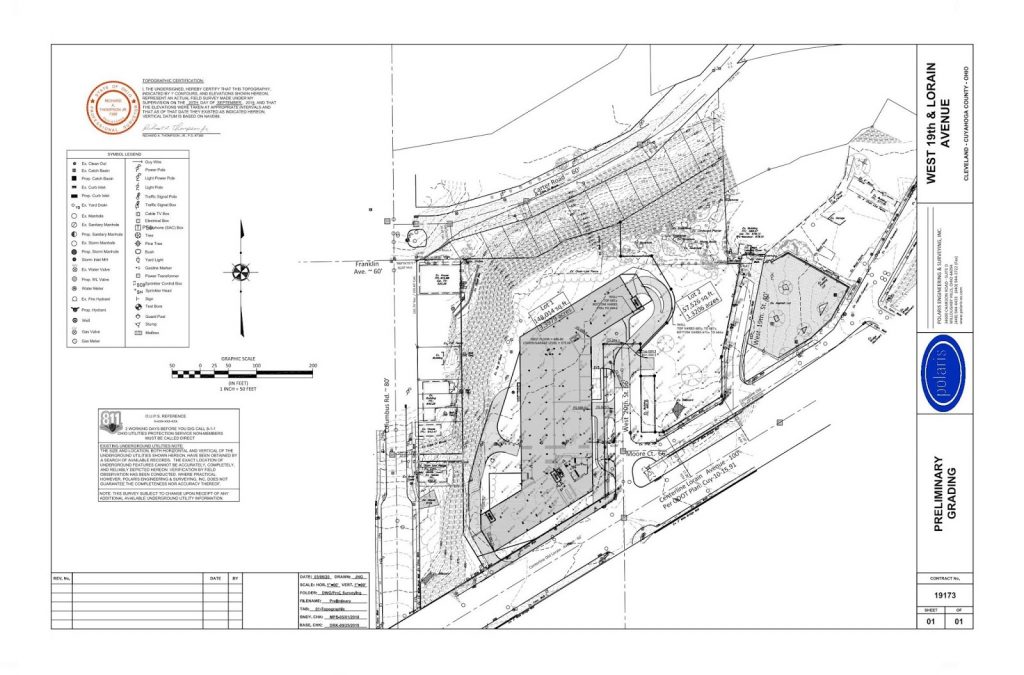 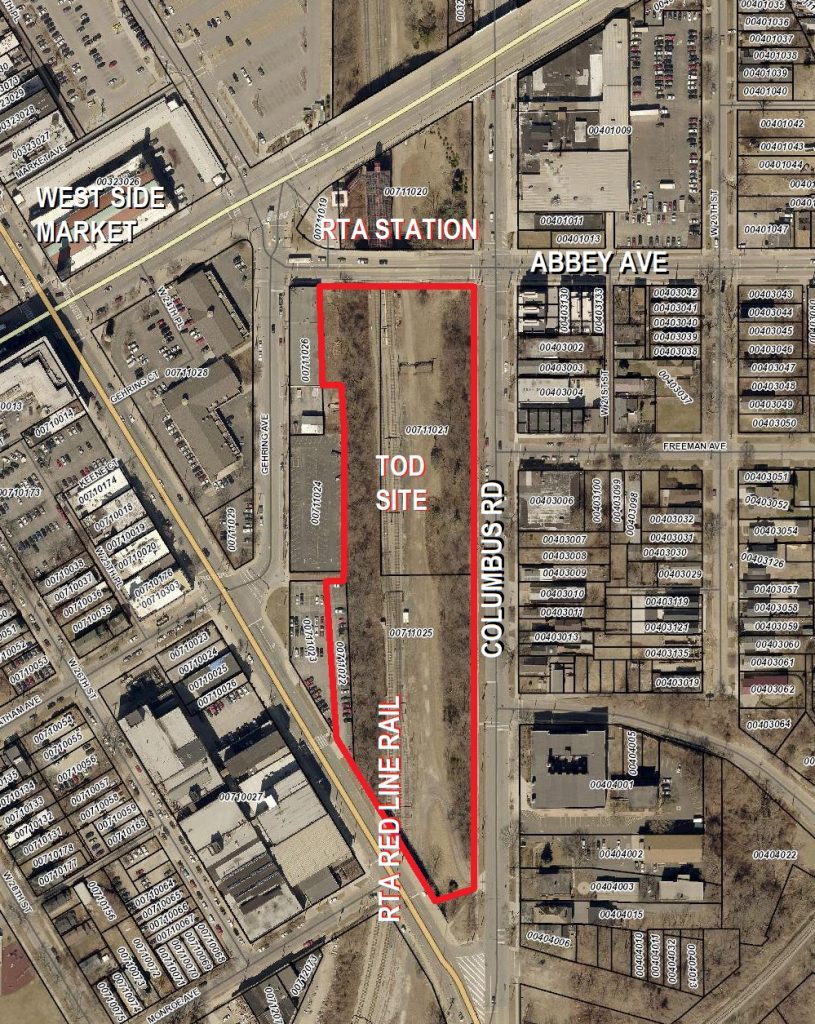