This is the Thirteenth edition of Seeds & Sprouts – Early intelligence on Cleveland-area real estate projects. Because these projects are very early in their process of development or just a long-range plan, a lot can and probably will change their final shape, use and outcome.

According to a Nov. 17 letter from Building & Housing Examiner Glen Murray, the city approved a building permit to Provenzale Construction Co. of Cleveland on behalf of Peoples United Bank of Bridgeport, CT, to locate what appears to be a lending office in 2,907 square feet of space on the 15th floor of the 19-story North Point Building, 1001 Lakeside Ave. The building code allows Peoples United Bank’s Cleveland planned office space to have a maximum occupancy of 29 people.

Peoples United Bank, a full-service banking enteprise founded in 1842 has more than 400 offices, retail branches and teller machines throughout New England but nothing in Ohio until now. Steven Bodakowski, first vice president of corporate communications of Peoples United Bank, said in a Nov. 12 e-mail he was not aware of the company’s expansion to Cleveland. He didn’t respond to a Dec. 4 follow-up e-mail.

Then, on Nov. 30, HSB filed a permit application on behalf of White Oak Global Advisors of San Francisco to establish a 2,888-square-foot office on the 26th floor of Fifth Third Center, 600 Superior Ave. That square footage allows a maximum occupancy of 28 people under Cleveland’s building code. An e-mail sent to White Oak’s Web site seeking more information wasn’t returned prior to publication.

The requested building permit proposes minor interior alterations including for plumbing, heating-ventilating-cooling, electrical and fire protection systems estimated at $40,000. Fifth Third Center was built in 1991 as Bank One Center. The 27-story building with its decorative crown and spires is 446 feet tall and the sixth-tallest building in Cleveland.

According to its Web site, White Oak Global Advisors was founded in 2007. It is an investment advisor and private credit firm that provides lending and other financial assistance to small and middle market businesses. White Oak has offices worldwide including USA locations in New York, Chicago, Los Angeles, Denver, Atlanta, Charlotte, Boca Raton, FL and Bethesda, MD.

The permit application was filed Nov. 17 by Perspectus Architecture LLC of Cleveland on behalf of CCH for its property at 3701 Lorain Ave. The 7,665-square-foot building was constructed in 1998 as a Rite Aid, set at the southwest corner of Lorain and Fulton Road, next to the Tinnerman Lofts rehab project and near to other developments. Value of the renovation and interior buildout was not listed on the application.

Interior demolition work could start by spring on the new dentistry clinic. Through an affiliate, CCH acquired the property in 2017 for $1.175 million. The clinic could eventually employ up to 20 dentists, technicians, assistants and office staff. When it was a video store, the parking lot had 41 spaces. The store closed in 2009 during the depths of Great Recession.

“It means a lot,” he said. “That site is a long-time controversial site. It is the former site of the controversial McDonald’s development. Now it will be a great community asset. It’s a long-storied site with a happy ending. The community is happy about an amenity for all residents going in.”

Before McCormack became a councilman, there also was a proposal to develop permanent supportive housing on the property. But he said he is very supportive of such developments. McCormack noted that the clinic’s site plan will also remove the curb cut on Lorain and support the city’s long-planned $11 million Lorain Avenue streetscape.

At the urging of community officials, Cleveland-based WRJ Developers is seeking to build up to 19 units housing divided among five duplexes and three triplexes on eight vacant city land bank lots. The lots are located on East 73rd Street north of St. Clair Avenue in Cleveland’s St. Clair-Superior neighborhood.

WRJ Developers and its designer, Architecture Office LLC of Cleveland, won schematic approval from the City Planning Commission on Dec. 4 for their planned housing called ArkiTainer on 73rd. Before the commission can grant final approval, setbacks in the designs must be modified slightly to meet the city’s zoning code.

The duplexes and triplexes are planned one street over from WRJ Developers’ planned ArkiTainer on 72nd, a four-story, 64-unit apartment building built from repurposed shipping containers to be located at 877-903 E. 72nd St. The proposed apartment building won final approval from Planning Commission in September. NEOtrans broke the story about ArkiTainer on 72nd last May.

Pending acquisition of the land bank properties, WRJ Developers Principal Jermaine Brooks said their firm’s goal is to start construction of the eight-structure ArkiTainer on 73rd housing in Spring 2021. Construction is expected to take about five months.

Both the ArkiTainer on 72nd apartment building and ArkiTainer on 73rd duplexes and triplexes will each be the first such housing in Ohio repurposed from shipping containers, said Charlie Townsend, Ward 10 community business and engagement manager at the Famicos Foundation.

Adam Rosekelly of Architecture Office described the development as “relatively low-income housing.” Rents were not disclosed. He noted that the exterior colors will differ on each of the eight units and the structures will not exceed the height of the existing homes along the street.

“One of the things that we are looking to do particularly as reinvestment happens in neighborhoods on the East Side is to introduce a new type of a product and create housing choice and housing options,” said City Planning Commission Director Freddy Collier. “When we think about this new type of construction, what better area to do it in than one that has that transition from commercial to residential fabric that has gaps to be filled in?”

Collier also said that WRJ Developers is one of the few minority-owned real estate development firms he has encountered in his 20 years as an employee of the City Planning Commission. He said he is happy to work with them.

“We’re looking to seek true opportunity, to create access, to help to rebuild and reinvest in our neighborhoods by all people,” Collier said. 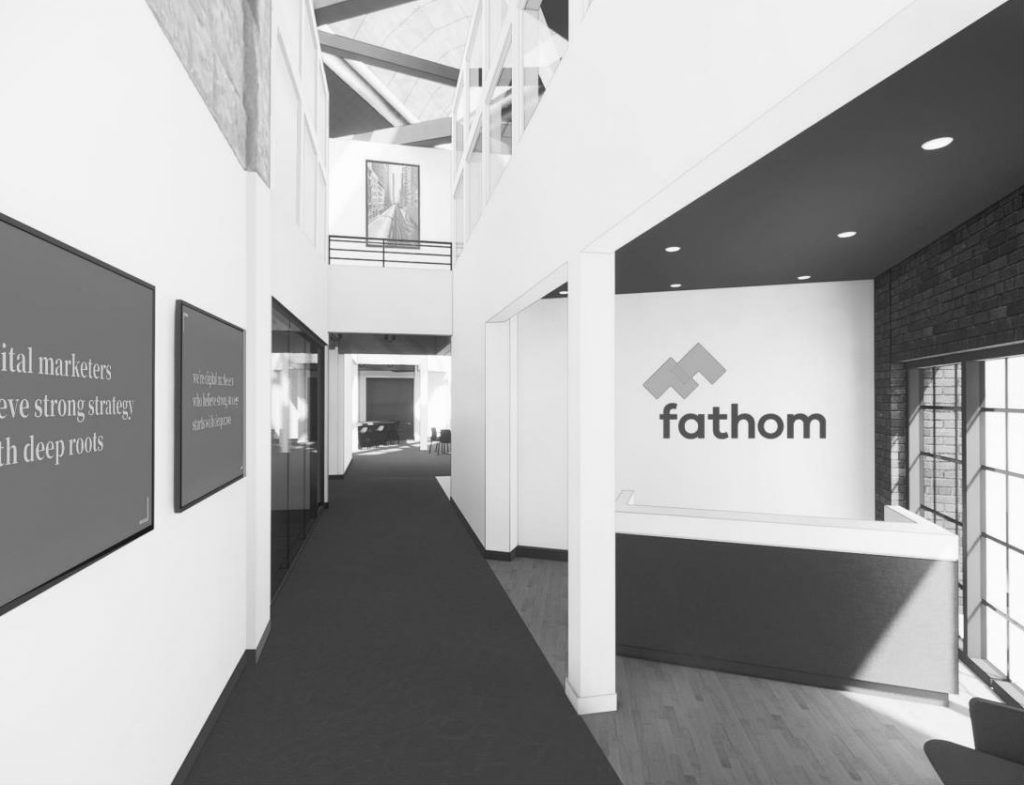 Early intelligence on Cleveland-area real estate projects. Because these projects are very early in their process of development or just a long-range plan, a… 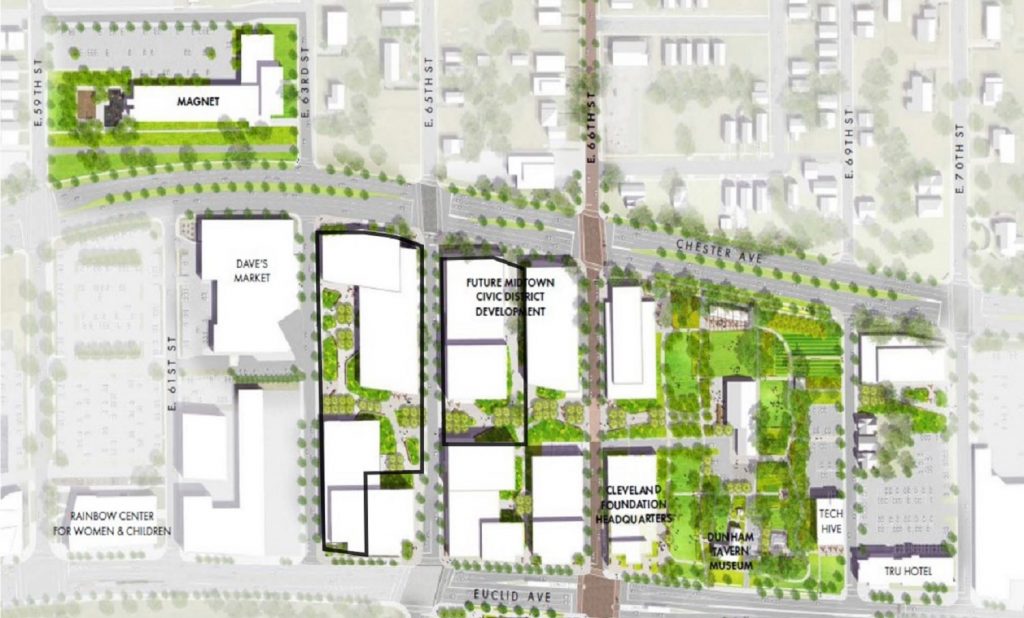 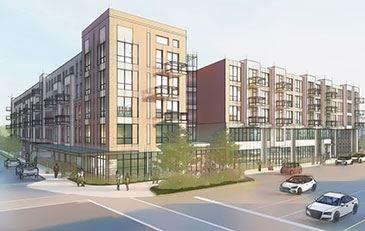