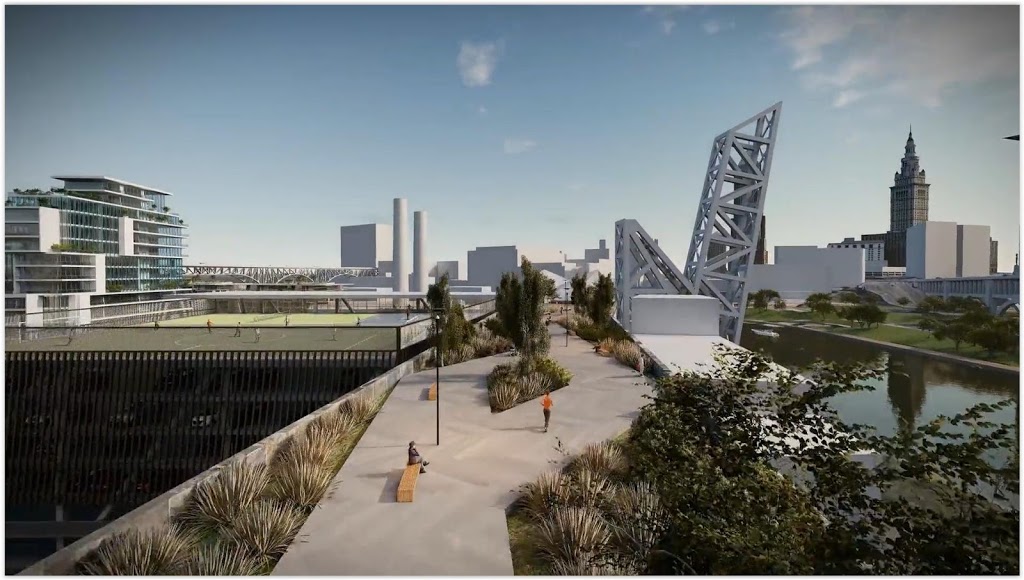 With high-rise developments planned and built along the Superior Viaduct, an idea was floated to turn the remaining portion of the 1878-built stone bridge into a linear park. But that idea faded when a Stonebridge Condominiums resident who initiated community discussions about the idea was relocated to Philadelphia.