Development of the largest shovel-ready industrial/warehousing sites in the City of Cleveland aren’t attracting much private-sector interest despite Cleveland’s low prices. Meanwhile, inner-ring suburbs offering large parcels that are almost shovel-ready are having greater success in drawing private sector interest and potentially thousands of jobs from significant planned developments.

Take, for example, the largest available site in Cleveland in more than a half-century. Located off Interstate 77 south of the Pershing Avenue exit, the 65-acre Cuyahoga Valley Industrial Center offered the potential for up to 750,000 square feet of new manufacturing space and 1,000 new jobs, according to promotional materials for the site. 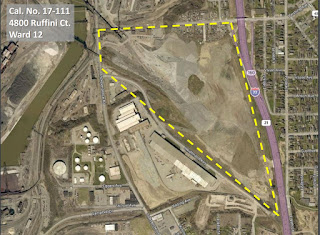 Two prospective users of the former International Steel Group coal/coke plant are finalizing plans for their building construction projects that will occupy about half of the center. More than $5 million in taxpayer funds from the city and state were used to clear and clean the polluted property. But the number of jobs involved will likely be far less than backers of the redeveloped site had hoped.

The business database Graphiq notes that Ohio High Reach opened its doors in 2009 and already has $5.8 million in yearly revenue and 18 employees. Its relocation will allow that strong growth to continue, Herrington explained.

ETC Commercial Property bought the 12-acre site in April for $731,250 from the Greater Cleveland Community Improvement Corp., according to records from the office of the Cuyahoga County’s Fiscal Officer. GCCIP is a part of Team NEO, a nonprofit, regional business development organization.

On May 8, the city’s Board of Zoning Appeals approved a variance for ETC to construct a new two-story building and parking lot on the site whose address is listed as 4800 Ruffini Court. Ruffini is an old street, recently rebuilt for $1.5 million as an underpass of I-77 off East 49th Street. The street accessed the original industrial user of this site, the Fronek-Reid Coal Co., more than a century ago.

Herrington said no construction date has been identified yet as financing is still being finalized. However, she said the pending relocation had advanced far enough that Infinity Construction Co. of Warrensville Heights was hired as the building contractor.

That still leaves more than 50 acres of the Cuyahoga Valley Industrial Center left for development. Roughly 15 acres of that will be acquired by the Ohio Department of Transportation’s District 12 for its new Cleveland maintenance facility, according to ODOT records.

Further details of ODOT’s plans aren’t yet available, including the number of jobs involved. But the maintenance facility’s relocation would be within the City of Cleveland, possibly resulting in no net gain of road maintenance jobs.

Another publicly financed clean-up and repurposing of an old industrial site that came up short in drawing private sector interest was the Trinity Development Site. For more than 50 years, the address of 9203 Detroit Ave. was home to Club Aluminum/Monarch Aluminum Products, employing 500 people in 450,000 square feet of buildings.

An out-of-state investor bought the company in the 1980s and moved aluminum manufacturing operations to a southern state. The building was later used as a “chop shop” for stolen cars until the building caught fire in 1998 and was structurally damaged. The city seized the property, demolished its buildings in 2007, and cleaned the property of pollutants, costing $3 million in city, state and federal funds.

Despite city efforts to sell the site, there were no takers except for less than 1 acre sold to a neighboring business, Penstan Ltd. Trinity’s remaining 4.7 acres are valued at $140,800 by the county. The property’s zoning permits uses such as retail, light industrial and warehousing. 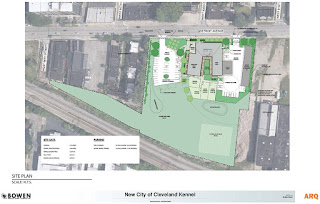 Instead, the city will construct its new $5.3 million City Kennel at the Trinity site. The new, 13,500-square-foot building will be about the same size as the old one near Tremont and result in no increase in jobs or new tax revenues for schools from the property returning to the tax rolls. Ward 15 Councilman Matt Zone defended?the decision to put the City Kennel there as a productive re-use of a property that had long been a blight on the surrounding neighborhood.

The site is a short walk to the nearby West Boulevard Red Line station, offering an opportunity for redeveloping the site with mixed uses including residential. The property was offered at $70,000 per acre. But that train has departed as construction is about to begin on the new kennel.

An opportunity to better encourage development remains possible for the available site of the former Midland Steel Products Co. Until 2005, a 540,000-square-foot plant stood on 23 acres at Madison Avenue and West 110th Street. Midland built automobile frames here from 1893 to 2003 when the plant was closed. Like the ISG coke plant and the Trinity site, a lot of tax money totaling $5.3 million was invested to clear and clean this brownfield property to make it ready for productive use again.

The city owns the site, dubbed Midland Commerce Park, and has it listed for sale. Like Trinity, the city is reportedly asking $70,000 an acre for Midland, or $1.61 million for the whole thing. The county valued the property at $463,200 for taxes.

Ward 11 Councilwoman Dona Brady said the city has rejected inquiries about using the property for storing trucks or other less-than-desirable uses. The city is requiring that the new user employ 10 people per acre of the property. Furthermore, the city wants the new user to pay to develop the site’s utilities and roadway infrastructure. That’s a tough ask when competing suburban municipalities will install utilities and roads for new office or industrial parks. There have been no takers for Midland.

Meanwhile, it’s a different story in the neighboring inner-ring suburbs of Euclid and Brook Park. In a story first broken here by NEOtrans, Euclid Square Mall is proposed to be demolished for a massive distribution center, possibly for online retailer Amazon. The redevelopment could bring at least 600 jobs and possibly several times more if the project proves to be an Amazon Fulfillment Center. Principals involved with the project refuse to identify the end user. 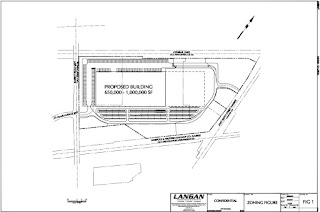 The 66-acre mall site is owned by Beverly Terrace Ltd. that wants to sell the property for $5.75 million. As recently as 1997, when the mall was still active, the property was valued at?$28,958,700 for tax purposes, according to county records. The owner since has petitioned to lower the property’s taxable value to $1.1 million.

Similarly, a game-changing business development could be coming to an inactive, 88-acre portion of the Ford Motor Co.’s sprawling Brook Park complex. American Plasma Energy Group intends to revolutionize the internal combustion engine through an exclusive licensing deal with Plasma Igniter, LLC to make the Coaxial Cavity Resonator Ignition System. The CCRIS is essentially a plasma spark plug that improves fuel efficiency by anywhere from 25-50 percent while reducing carbon emissions by the same amount. 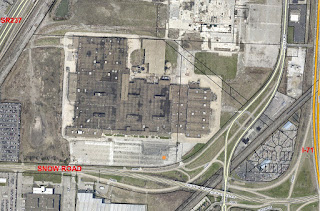 Not only is the auto industry interested in this innovation but so is the U.S. military, which has four seats on APEG’s 18-member business advisory board. They are outnumbered only by the seven Northeastern Ohioans on this board, including board Chairman Doug Benns of the Cleveland suburb of Rocky River. That’s a potential advantage for Northeast Ohio as APEG intends to decide by the end of summer on where to locate a production and distribution facility as well as management offices that may ultimately total 500 employees.

So far, only the empty Ford Engine Plant No. 2 on Snow Road in Brook Park has been named specifically. But APEG reportedly is keeping its options open for other sites near Cleveland, Detroit and Pittsburgh, too. The availability of the 1.2 million-square-foot Brook Park facility that closed in 2012 may offer a cost savings for APEG which prefers to locate in an existing structure rather than build new.

As recently as 2004, the county valued the Ford Engine Plant No. 2 at $33,572,400. Ford has since petitioned to have the plant’s value lowered to $8.4 million. No sale or lease listing for the plant could be located. APEG may need only 10 percent of the facility’s square footage to ramp up operations by the end of this year.

This doesn’t include major warehouse, distribution and/or industrial developments in outer suburbs like Mentor or Twinsburg. So are the suburbs doing something right in attracting private sector employers to these redeveloped sites that the City of Cleveland is not?

Guardians buy land, but no ballpark village yet
https://neo-trans.blog/2022/05/15/guardians-buy-land-but-no-ballpark-village-yet/