For 30 years, a forlorn spit of land south of the Inner Belt highway in downtown Cleveland has been eyeballed by different people for different types of sports stadiums.

Now, the latest and perhaps most realistic stadium effort has reportedly targeted land owned by the Ohio Department of Transportation (ODOT) for a 5,000-plus-seat United Soccer League (USL) venue. That’s according to two sources, one a major local developer and the other a Cleveland building and construction trades representative.

Brothers Greg and Shaw Abrams, co-owners of six Force Sports fitness centers, are apparently teaming up with as-yet unidentified investors to acquire and develop the site, as well as to pay the USL’s $5 million franchise expansion fee. The team will be called the Cleveland Force, as the Abrams brothers acquired the naming rights to the Force, an indoor soccer league team that briefly thrived at the since-demolished Richfield Coliseum from 1978-88. However, the Abrams said they are not in a position yet to confirm the site.

“Our goal is to make sure that a stadium deal can be announced at some point soon,” Greg Abrams said in an e-mail March 28. He said the announcement will be made as soon as he gets the OK from his partners.

The site involves less than half of the 49-acre, former Norfolk Southern intermodal rail yards. It is located just south of the Interstate 90 Inner Belt and is bounded by Ontario Street/Broadway Avenue, East 9th Extension and Commercial Road. ODOT acquired the land in 2011 for $29.8 million to construct the Inner Belt’s new Cuyahoga Viaduct bridges.

A soccer stadium measuring at least 400 feet wide and 500 feet long could fit on the mostly level land next to the Inner Belt. An ODOT spokesman confirmed there have been inquiries about that property but no deals have been finalized.

“There is excess land that ODOT is having appraised,” said Brent Kovacs, public information officer at ODOT District 12. “ODOT has received inquiries about the land. ODOT would like to sell the land, but there is no agreement to sell or lease the land with any party, at this time.”

Constructing USL Division II stadiums in other cities cost anywhere from $15 million to $65 million. The United States Soccer Federation sets the USL Championship league at one level below the top-rung North America’s Major League Soccer (MLS). The Abrams brothers and their partners reportedly want Cleveland in this league to draw better players, competition and attendance.

The USL continues to grow in franchises, popularity and games.?In 2018, USL’s Championship league was drawing an average of nearly 5,000 fans per game. However, the USL’s most popular team, FC Cincinnati that attracted 25,000 fans per contest last year, was moved up one level to the MLS.

This would be Cleveland’s second attempt at a USL franchise. The first one lasted just three years, from 2007-09. In its first two years, the Cleveland City Stars regularly filled Cleveland State University’s (CSU) 1,800-seat Krenzler Field on Chester Avenue. For its third season, the Stars moved from USL’s lower division to the upper division, so it had to offer a stadium of at least 5,000 seats, per league rules. The team’s home games were played at Bedford’s Bearcat Stadium and attendance dropped. There were some conversations about building a new stadium downtown, including at the former intermodal yards, but the Stars franchise was losing money and soon folded.

After rumors that it was looking to replace Krenzler Field, CSU renovated the soccer stadium last year for $2.9 million, including a removable, air-supported dome. A spokesman said CSU will not move its soccer program to the proposed USL stadium due to the number of indoor and outdoor matches and practices that CSU can host at Krenzler Field.

“At this juncture, we have had no discussions with parties associated with the construction of a USL soccer stadium, or any partnership with the team after completion of the project,” said Roger McAfee, CSU’s assistant athletic director for communications.

The size of the proposed USL stadium, supportive infrastructure and surrounding amenities like parking, restaurants/bars and team shops is limited by other land uses and the topography of the land. The site is perched atop a hill overlooking the Cuyahoga Valley and is next to a trench through which the Greater Cleveland Regional Transit Authority’s (GCRTA) rapid transit rail lines pass. To the north is Interstate 90’s Inner Belt, although the highway bridges over the land that has a paved and illuminated parking lot on it.

GCRTA has no current plans to build a station here but some long-range planning from 20 years ago proposed adding an infill station or relocating the East 34th-Campus station to this vicinity. If a station was built, it might cost up to $15.6 million as the 2015-built Little Italy-University Circle Station had. That was the last all-new rail station built by GCRTA. However, GCRTA completely redesigned and replaced its existing Tri-C Campus District Station 1 mile east of here in 2018, costing $7.5 million. Some GCRTA rail stations are located less than a mile from each other.

On the other side of the GCRTA rapid transit line is Cleveland Black Oxide, a small industry that makes metal finishing products. Its 22,000-square-foot building sits on 0.71 acres at 836 Broadway Ave. Its owner and President Bob McElwee bought a roughly 14,000-square-foot building in October 2018 at 3490 W. 140th St. But McElwee says it was for storage, not for relocation. He also notes that he has been approached by developers recently.

“We don’t have plans to move, however there have been developers talking with us about purchasing our building or building us a new building and doing a like kind exchange,” McElwee said. “We are also looking at expanding at our current site (on Broadway). The folks that have approached us were not involved with a stadium development.”

Discussions about building a sports stadium at this location date back to the late 1980s. But those early efforts focused not on world futbol, but on American football – the Cleveland Browns. When serious discussions were getting underway for the Gateway sports complex, the Browns were invited to participate along with the Cavaliers and Indians. The Browns stadium was proposed to be where the current soccer stadium is planned, south of the Inner Belt. Ultimately, however, then-owner Art Modell preferred to renovate the existing lakefront Municipal Stadium.

In 1996, after Modell moved to Baltimore, the City of Cleveland didn’t want to build a new Cleveland Browns stadium anywhere other than on the lakefront site of the old stadium. But there were those with dissenting opinions in Mayor Mike White’s administration who wanted it built on the newly vacated Norfolk Southern intermodal yards. The complicated site was rejected because the city wanted the Browns returned to Cleveland without delay and without having to build the infrastructure necessary to accommodate 70,000 sports spectators.

But the site might just be right for a 7,000-seat soccer stadium. We’ll see if it’s good fit here. 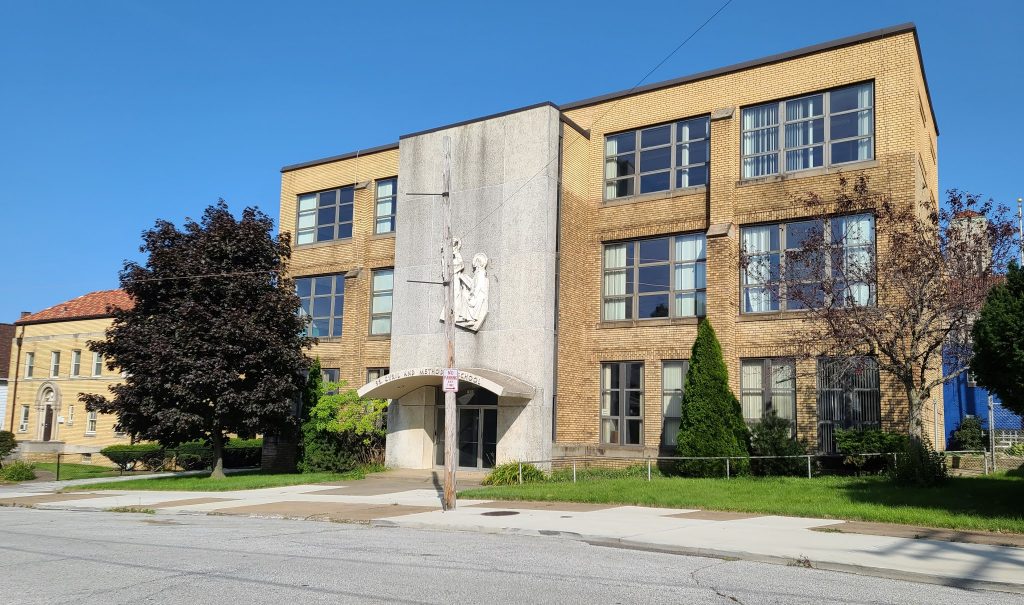 Two recent property acquisitions are the first signs indicating that a pair of proposed new Lakewood developments may be on the horizon. Both properties… 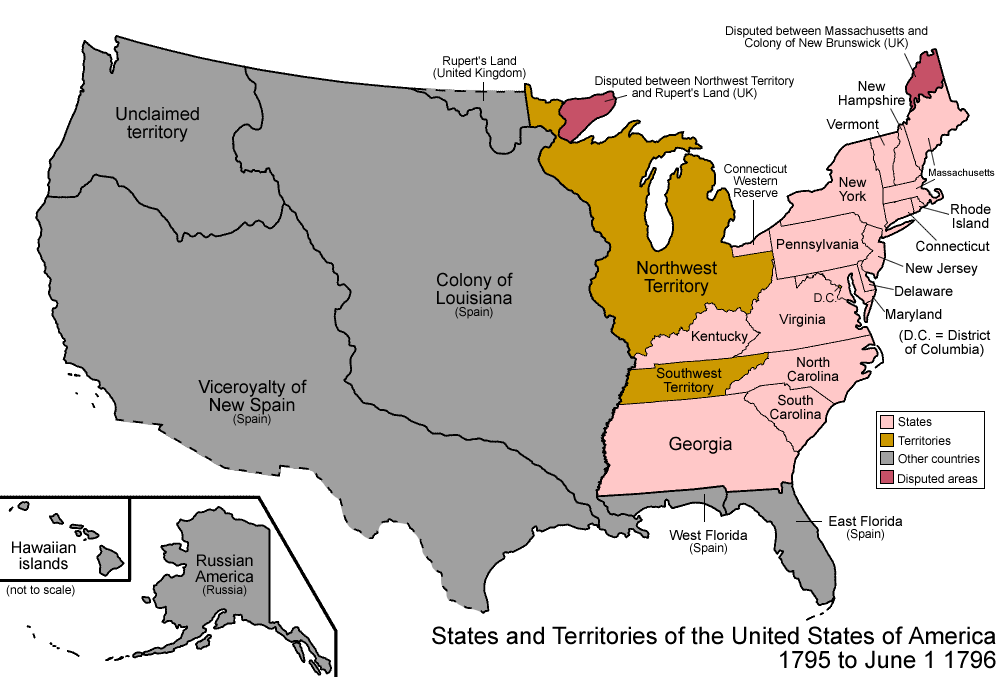 No one in Cleveland or Akron or Ashtabula complains to or congratulates Connecticut Governor Dannel Malloy. No one in Warren, Medina or Sandusky cares…