The Michigan-based chain of City Club Apartments is nearly done amassing its capital stack for a proposed 22-story residential tower at 720 Euclid Avenue. The firm reportedly feels confident enough that it can close the small, remaining gap in financing to target “early 2020” for a possible groundbreaking date, according to two sources.

The new apartment tower, proposed to be located on a surface parking lot where the Hippodrome Building and Theater stood until 1981, will fill the last major “missing tooth” in the Euclid Avenue streetscape. It just so happens that the site chosen by the City Club chain is next to the historic City Club Building, 850 Euclid Ave.

“We appreciate and respect the city of St. Louis and its leadership, but have made the decision to focus the growth of our portfolio on other Midwest and East Coast markets,” said Jonathan Holtzman, chief executive officer of City Club Apartments in RE Journals. “We have a responsibility to our investors, lenders and partners to perform at the highest level and we are reallocating our financial and human capital to several accelerating markets including Cleveland.”

Additional details about the Cleveland project are sketchy, as no project documents or renderings have been publicly released. However, the word is that planning documents are due to be submitted to the city “very soon.”

A cursory review of new 22-story residential buildings throughout the USA shows that the number of apartments in those towers range from 170-350 units, but most are in the 250-300 apartments range. Two Cleveland apartment towers of comparable size — the nearly completed Beacon and the planned nuCLEus apartment building — offer deceptively small residential components.

The Beacon’s residential component is only 19 stories tall but is built atop an existing, nine-story parking garage. Its floor plates are about 12,350 square feet. Thus, it offers only 187 apartments. Similarly, nuCLEus’ 24-story apartment tower has 250 units in just 16 floors of residential, built atop a planned eight-story pedestal of retail and parking.

City Club’s tower could be similar. It will reportedly feature ground-floor commercial spaces and parking above, topped by residential. The 70-space parking lot on which the City Club Apartments would be built measures about 25,000 square feet.

That footprint could allow about 300 parking spaces spread among four or five levels of a roughly 125,000-square-foot pedestal. Another 50-100 spaces could be shared in the existing six-story, 540-space parking deck that’s already on the property but is mostly empty at night. City Club secures shared parking opportunities in some of its developments.

The City Club tower development appears to be a joint venture with property owner David Goldberg, as no property has yet changed hands. Not having to buy land will help reduce City Club’s development costs, as will the shared parking opportunity in the existing deck. Thus it possible that the project, measuring 440,000 to 500,000 square feet, could be delivered for less than $100 million. 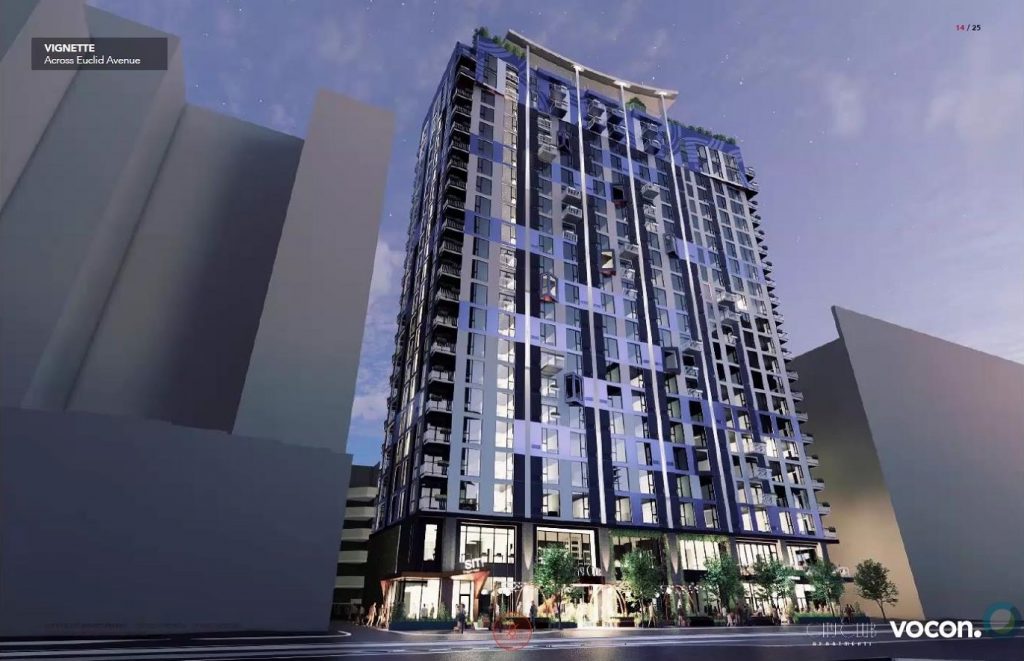 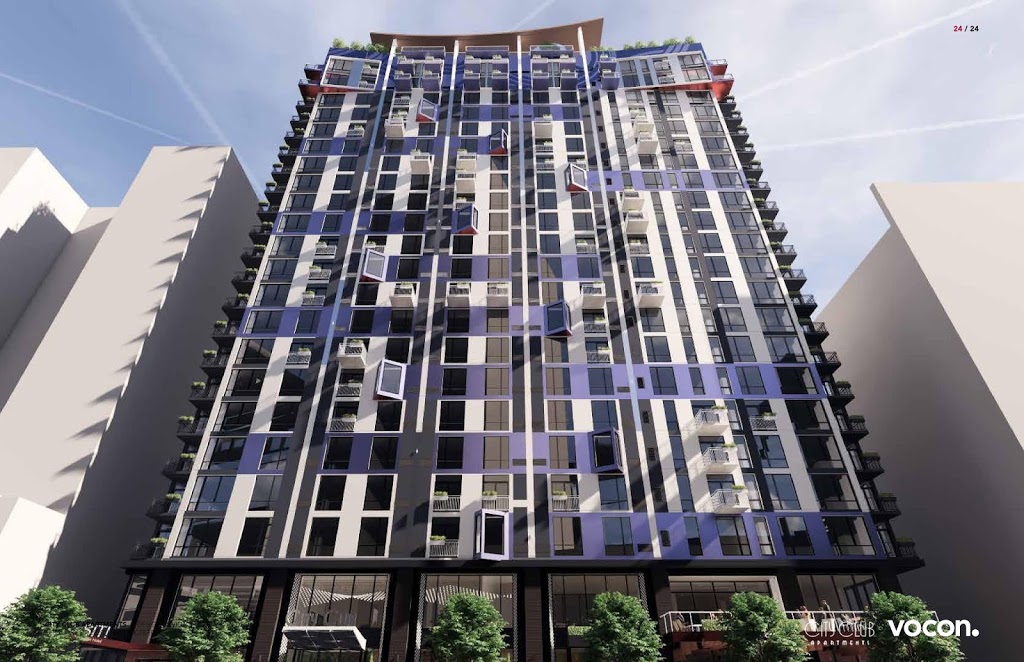 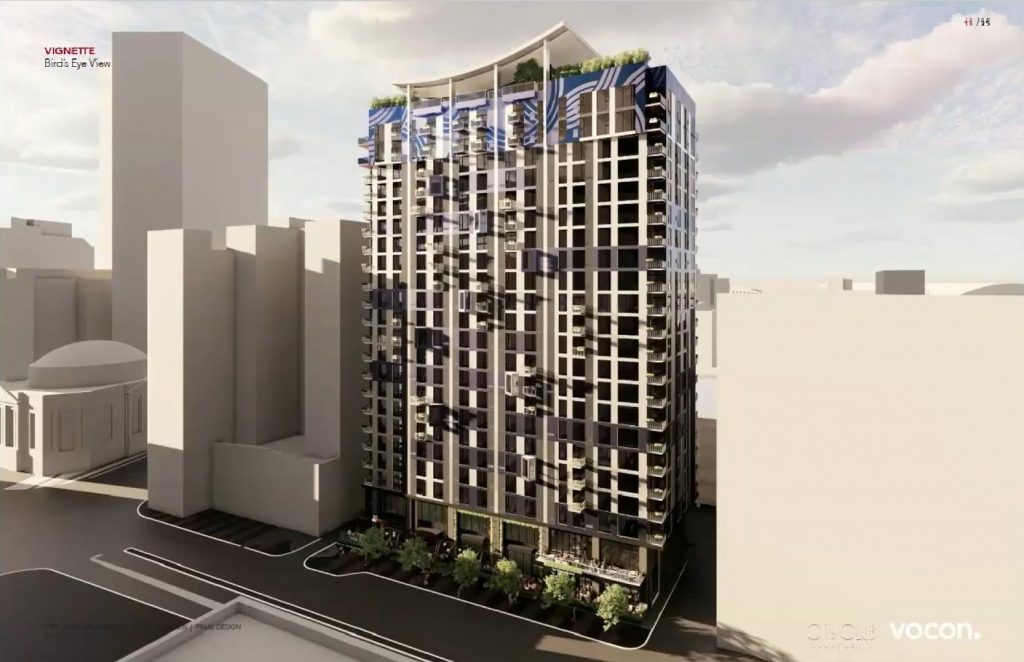 For more than two months, a construction permit for the foundation of a high-rise apartment tower in downtown Cleveland has sat at the city's…