The first floor of the JACK Cleveland Casino, formerly the Higbee’s department store downtown, is proposed to be opened up to create an outdoor gaming patio. To the right of the casino’s Ontario Street canopy (at left) and around to the front of the casino facing Public Square (at right), windows will be removed and the lower part of their openings will gain pre-cast concrete planters (Google).
CLICK IMAGES TO ENLARGE THEM

For generations, from 1931-2002, many of us did what Ralphie Parker and his friends did in the movie “A Christmas Story.” We fogged up the icy Public Square windows at Higbee’s department store downtown while looking at the latest toys and gifts that were available inside.

Even today, as one-armed bandits and card games on green felt tables were played inside, the Higbee Building’s Public Square windows of the JACK Cleveland Casino still displayed a holidays-themed motif featuring items from the 1983 movie for people strolling past.

If plans submitted by JACK Entertainment are approved by the city, those will no longer be seen on Cleveland’s Public Square and a short section of the Ontario Street side. The reason is that the first floor of the casino facing the square will have its glass windows and front entrance removed to create an outdoor patio offering year-round gambling using electronic gaming terminals.

Ground floor plan for the JACK Casino Cleveland with Public Square and the outdoor gaming patio (shaded area) seen at left. Ontario Street is along the top, Prospect Avenue at right and Tower City Center along the bottom (Cupkovic).

Entry to the casino from Public Square will be via the Tower City Center portico. However most patrons enter the casino via the skywalk over the intersection of Ontario Street and Prospect Avenue, from the casino’s parking garage.

Aleksandra Breault, public relations and communications manager for JACK Entertainment, acknowledged the project was an expansion of the gaming floor of their Cleveland casino but was unable to provide additional details right now.

Ward 3 City Councilman Kerry McCormack, whose ward includes downtown, was generally supportive of the casino’s new gaming concept although he had not seen the detailed plans yet.

“In general, I am supportive of patio usage as a way to support street life,” McCormack said.

But a noted local preservationist and architect Steve McQuillin was not supportive of the plans that would salvage and put into storage historic storefronts, ceilings including the backlit ceiling clouds and lighting, and glass work. However, the former department store’s canopies and awnings will remain, plans show.

This more detailed view shows the darkened area with the changes to the ground floor plan associated with the outdoor gaming patio. Tower City’s Public Square portico is at the bottom (Cupkovic).

“These are pretty serious changes,” he said. “The concept seems very disrespectful to historic preservation and to the downtown ambience. As you may recall those were originally display windows visible from both sides via an open air walkway. It’s pretty terrible.”

McCormack had not seen the plans because they do not require any design review by the City Planning Commission or City Council, even though the Higbee Department Store remains on the National Register of Historic Places. It was added to the register in 1976 when the entire Cleveland Union Terminal Group of buildings, including Terminal Tower, was designated.

That changed when the National Park Service, which oversees the historic register, rejected plans for the skywalk over the Ontario/Prospect intersection. The skywalk could still move forward, but the casino had to give back historic credits it received to renovate the casino in 2013. Thus, future renovations no longer required anything more than a building permit from the city’s Building Department.

“Since the casino gave back the tax credits because of their overhead walkway, there is no longer any preservation review,” McQuillin said. “All they need to do is get the city’s okay and that’s basically routine.” 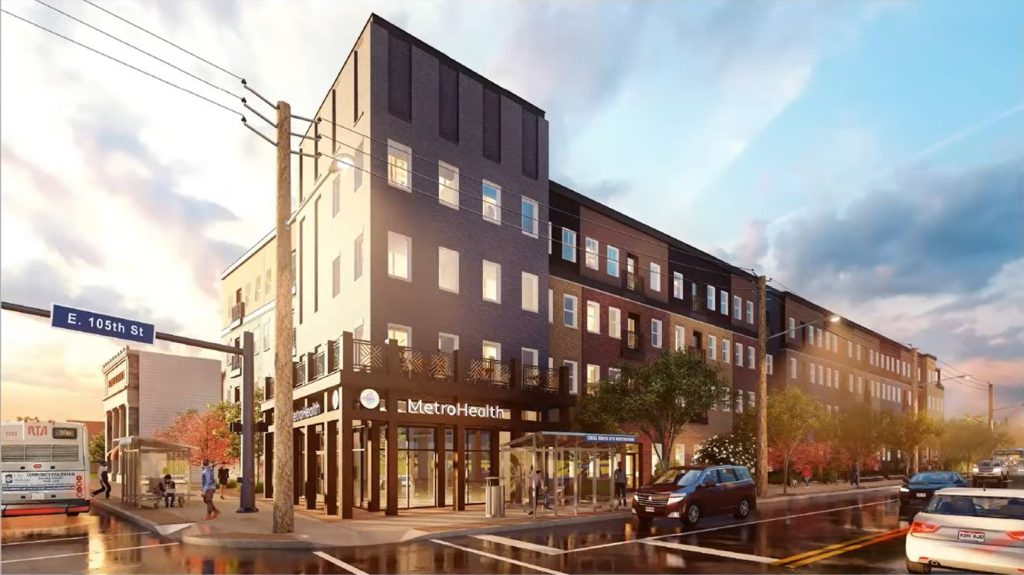