It could be merely a matter of weeks before a groundbreaking ceremony is held for the 23-story City Club Apartments tower on Euclid Avenue, just west of East 9th Street and the unrelated City Club Building (Vocon). CLICK IMAGES TO ENLARGE THEM

With project financing closing today and a construction permit in hand, it may only be a matter of weeks before shovels hit the ground at 776 Euclid Ave. for the new City Club Apartments tower.

Two sources close to the project but who were not authorized to speak publicly about it said Farmington Hills, MI-based City Club Apartments, doing business locally as CCA CBD Cleveland, LLC, closed on its financing today for the 23-story, roughly $100 million development in downtown Cleveland.

One of the sources said a groundbreaking ceremony could be held as early as about three weeks from now but no firm plans for such a ceremony have been set. City Club Apartments has reportedly given its general contractor Cleveland Construction Inc. a limited notice to proceed with construction on the project.

On Euclid, crews recently removed signs displaying parking rate information for the parking lot on which the 300-unit, market-rate apartment tower will rise. However, cars continue to park in the lot. Even after construction starts, cars will continue to use the six-level, 540-space parking garage behind the Euclid lot and will continue to the park in the Prospect Avenue lot.

The new apartment tower would respond to a strong residential market here. The rental market is especially strong in downtown Cleveland. Downtown apartment demand is on pace for a record year, according to a recent CoStar report.

The notice to proceed with the City Club Apartments project is apparently limited by two construction permits — one that was recently issued and another that was denied but will be the subject of an appeal.

Site of the planned City Club Apartment tower, located in the 700-block of lower Euclid Avenue. It will rise next to a 540-space parking garage that residents of the new tower will use and which will keep development costs down (Vocon).

On Nov. 9, the city issued to Cleveland Construction a permit for $3,135,912 worth of construction materials and labor for a floating concrete slab foundation, soil retention system and associated site utilities after the general contractor paid the $27,916.56 permit fee, according to city Building and Housing Department records. The permit is good for one year.

On that same day, the city’s Chief Building Official Thomas Vanover sent an adjudication order to project architect Michael Cucciarre at Vocon Partners, LLC denying a construction permit for the tower’s structure until 14 design issues or omissions in the plans are addressed or appealed. The denial will be appealed at an upcoming hearing of the city’s Board of Building Standards and Appeals, according to an entry on the building department’s Web portal. Cucciarre did not respond to an e-mail seeking more information.

However, Vanover said it is routine for the city to deny a permit for projects large and small. In larger projects, there are so many design details and some of them invariably get overlooked. Needing to clarify only 14 design elements, such as identifying the water demand at the base of a sprinkler riser or slightly increasing the dimensions of the fire command center, among hundreds of pages of designs, specifications and multiple permit applications is not a tall order.

“Like most projects of this size, (City Club Apartments) has been submitted in phases beginning with the site and foundation and then the structure,” Vanover said in a recent e-mail.

Usable space in the 23-story City Club Apartments will top out at 241 feet above the sidewalk, but a decorative roof feature could break 250 feet. A walkway will extend from the second floor or the new apartment building into the existing parking garage (Vocon).

One of the sources said the half-acre property facing Euclid on which the tower will rise will soon have its deed transferred to CCA CBD Cleveland, LLC. It has been owned by GSK 720 Euclid, LLC & 720 Euclid Garage, LLC, an affiliate of the Goldberg family. All of the construction permit applications were submitted with the current owner’s name on them, so the lack of a deed transfer hasn’t slowed down that aspect.

The Goldberg family will continue to own the six-level parking garage and the Prospect lot to the south of the tower. Under an agreement between City Club Apartments and the Goldberg family, apartment residents will use the parking garage. Not having to construct new parking for the apartment tower is saving City Club Apartments at least $10 million, making the project financially feasible, the sources said.

However, the project may occasionally be slowed by having to wait for the cost of construction materials to come back down, they noted. In recent months, the cost of some materials have increased dramatically — especially steel. Hot-rolled steel rose from less than $500 per ton in September 2020 to a peak of $1,955 per ton a year later, reports thefabricator.com. Those prices have come down more than $100 per ton since and may fall further. 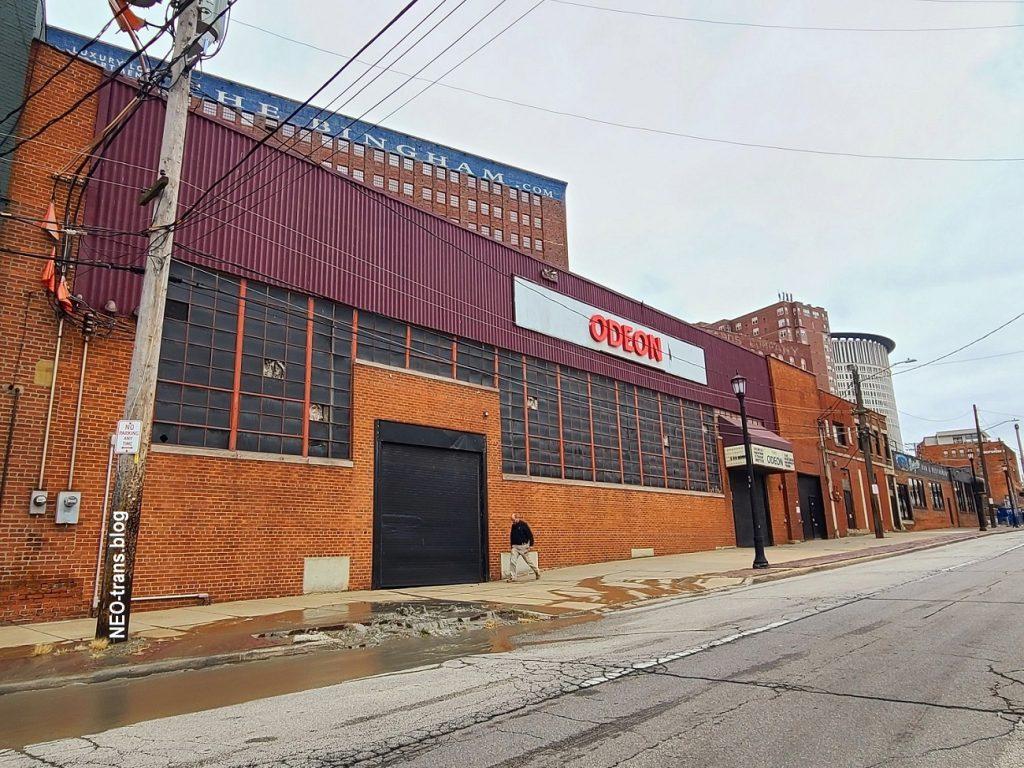 The Odeon concert club, 1295 Old River Rd., was among four contiguous parcels on Cleveland's Flats East Bank that were sold last week to… 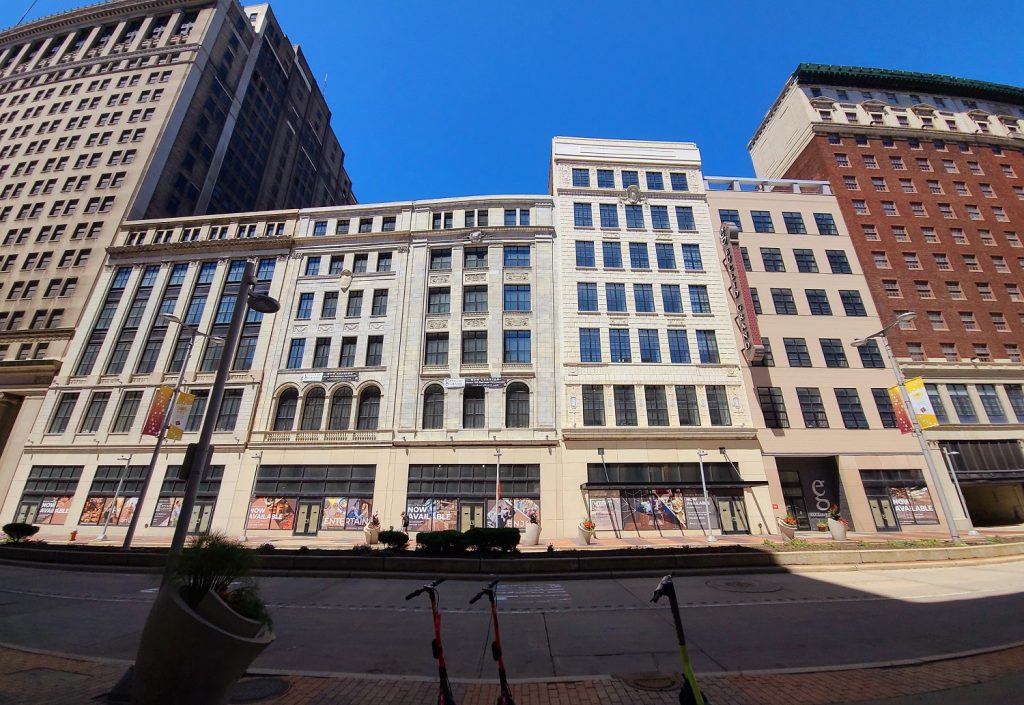 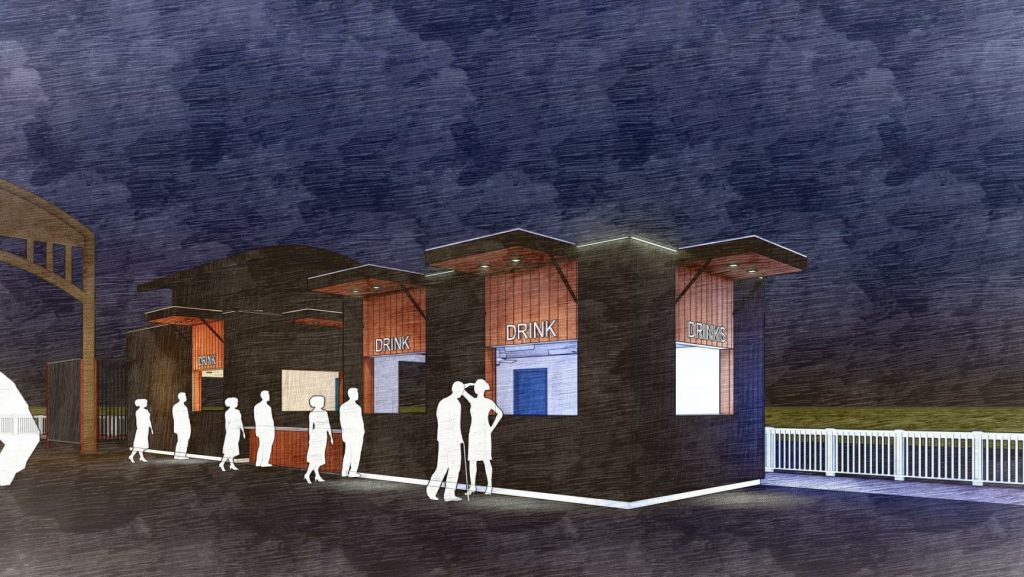